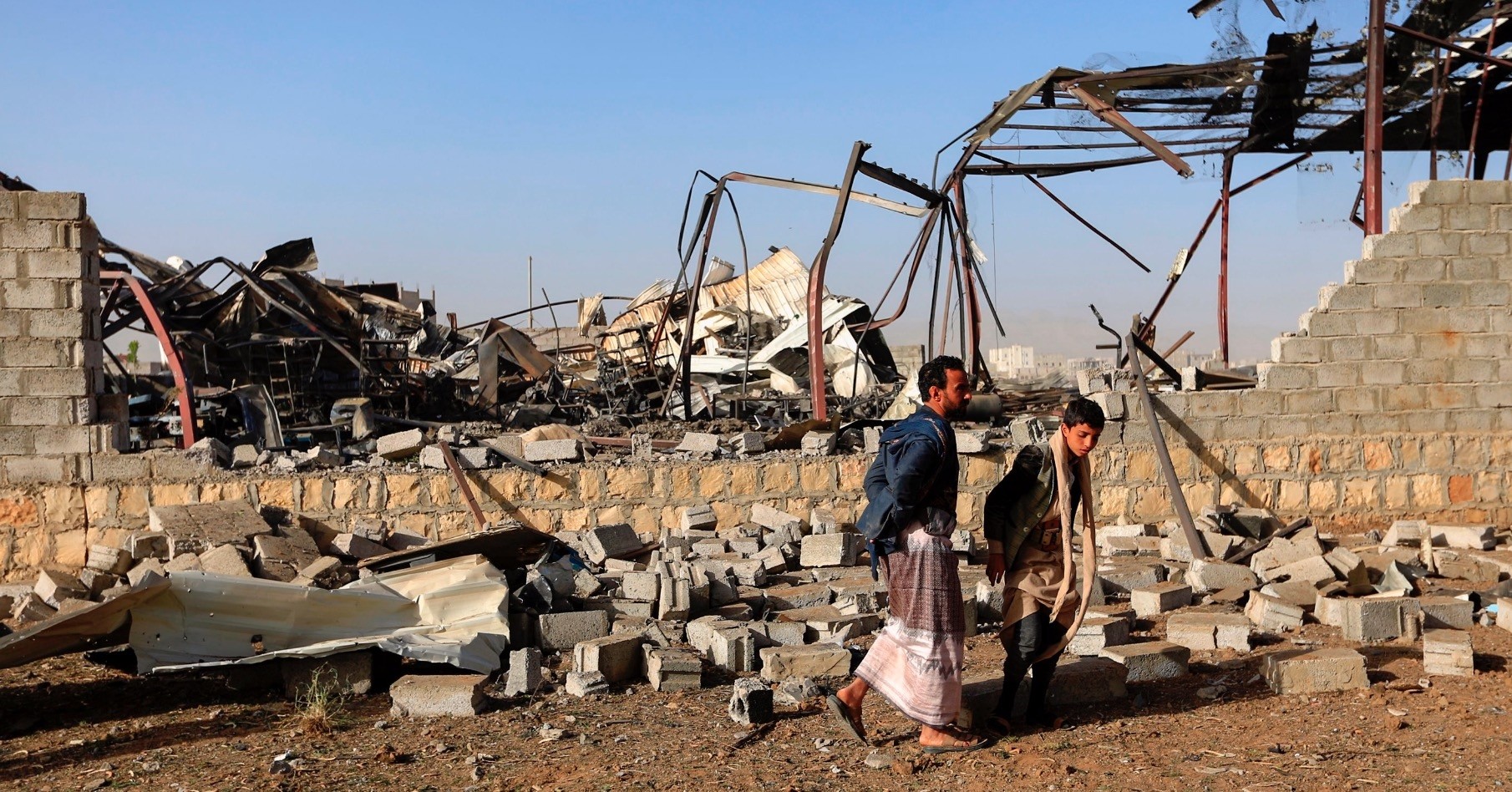 Yemen's already fragile cease-fire collapsed after the two warring sides failed to come to an agreement over a prisoner swap, considered one of the most important aspects for providing stability in the country

The two warring sides in Yemen had reached a cease-fire agreement last month. However, the truce was fragile and violated several times by both parties. The latest talks in Jordan's capital Amman, on a prisoner swap, became the end of the truce, as the two sides accused each other of providing false data. Consequently, the Saudi-led coalition renewed its attacks on the Yemeni rebels.

The Aden-based Yemeni government claimed that the list of prisoners, provided by the Iran-aligned Houthi rebels was not real. The lists, given by the two sides included 16,000 names. The exchange was expected to start over the weekend. The internationally recognized Yemeni government's Deputy Minister for Human Rights Majid Fada'el said the names on the list given by the rebels were not real. "We don't even know where they got them from. On the other hand, we have reports and documents on those they have imprisoned. They said some of the names we provided were jailed on criminal charges and some even belong to al-Qaida; it's all lies. Sadly, the Houthis lie with every breath."

In response, the rebels' representatives alleged that Saudi Arabia and the United Arab Emirates (UAE) were holding prisoners and their names were not on the list. Stating that the Houthis needed "more time" Abdul Qader al-Murtada, a member of the Houthi delegation said "Those imprisoned in Saudi and UAE jails are still unknown. We only know the names of 300. This means we need more time in order to identify them, to better deal with this humanitarian crisis."

While a second round of talks are expected to be held this week, the Saudi-led coalition started pounding Houthi positions. According to Saudi Arabian media the coalition targeted seven positions, including an airbase, allegedly used by the Houthis to carry out drone strikes into Saudi realms. The Houthi media claimed that medical workers and civilians also died during the airstrikes, yet the death toll is not known.

The prisoner swap was a part of efforts to reach an ultimate cease-fire in the country. The city of Hodeidah was at the center of the truce. The port city carries unprecedented significance for the country as it has a port from which food, aid and other basic needs are delivered to the country.

Houthi rebels have controlled Hodeidah since 2015. The town used to be the center of sea trade, located on a strategic, historic trade route. The city is important because it is located in the middle of the country's roads, stretching to the most populated cities, including the capital Sanaa.

The collapse of the truce was foreseen though, as the deal failed to address some crucial issues like food delivery, the future of pipelines and the money transfer between the two central banks, which are located in Aden and Sanaa. The control of the pipelines provides strategic superiority as the country's energy needs are met through them. In addition, and more importantly, these pipelines carry Saudi oil. Therefore, the kingdom does not want the Houthis to be in control of them. Likewise, the food delivery issue remains unsolved as people suffer from a lack of food in government-controlled areas, whereas people have food but not money in other areas.