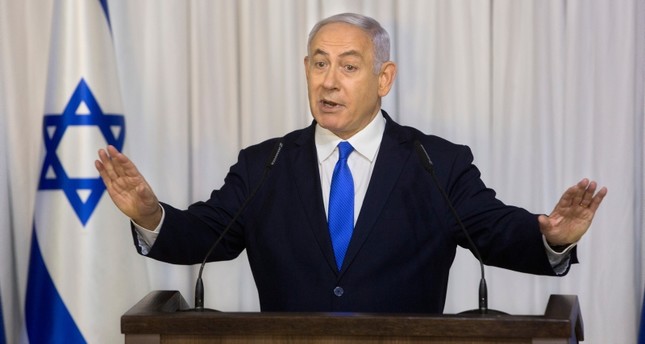 Israel's attorney general on Thursday confirmed his intentions to indict Prime Minister Benjamin Netanyahu on a series of corruption charges.

Avichai Mandelblit said Thursday he has accepted the police recommendations to file charges against Netanyahu in three different cases, pending a final hearing.

In a Justice Ministry statement, Mandelblit says he plans to charge Netanyahu with bribery for promoting regulatory changes worth hundreds of millions of dollars to telecom giant Bezeq in return for positive press coverage in Bezeq's popular subsidiary news site Walla.

He will also charge Netanyahu with fraud and breach of trust in two other cases. The first involves accepting gifts from billionaire friends and the second revolves around alleged offers of advantageous legislation for a major newspaper in return for favorable coverage.

Netanyahu's right-wing Likud party described the reported charges as "political persecution." It said the prime minister, who has vowed not to resign over the allegations, was due to deliver a statement at 8 p.m. (1800 GMT).

The reported decision, ahead of Israel's April 9 election, deepens uncertainty over Netanyahu's prospects in a tight race.

The actual filing of the reported charges, which include bribery, fraud and breach of trust, will depend on the outcome of a required hearing. At that hearing — likely after the election — Netanyahu can try to persuade the attorney general not to indict him.

Netanyahu, who is seeking a fourth consecutive term, denies any wrongdoing. In the long-running investigations, he is suspected of wrongfully accepting gifts from wealthy businessmen and dispensing favors in alleged bids for favorable coverage by a newspaper and a website.