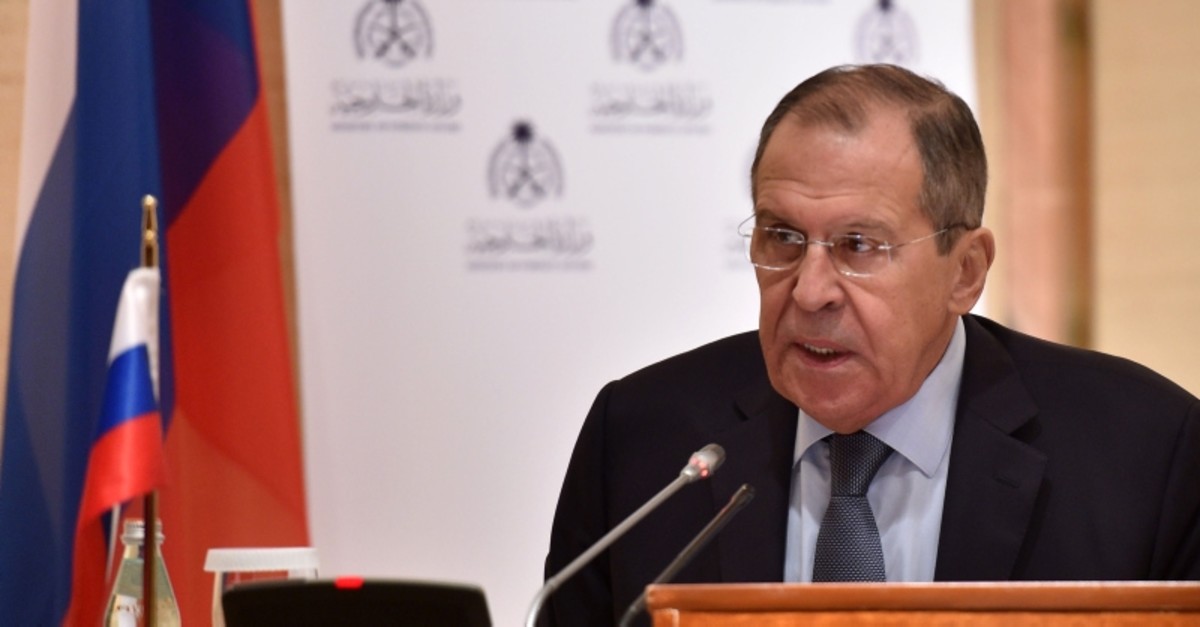 Russian Foreign Minister Sergei Lavrov gives a joint press conference with with the Saudi minister of state for foreign affairs at the Royal Hall of the Saudi capital Riyadh's King Khalid International Airport on March 4, 2019.(AFP Photo)
by Anadolu Agency Mar 04, 2019 12:00 am

Lavrov made the announcement at a joint press conference in Riyadh with Saudi counterpart Adel al-Jubeir.

"On the basis of Israel's continued contacts with us, we agreed with the Palestinian leadership on a meeting hosted by Russia to discuss the peace process without preconditions," Lavrov told reporters.

"The Palestinian leadership is ready for the meeting, but Israel has yet to commit to a date," he said.

Anadolu Agency was unable to obtain immediate comment from either Palestinian or Israeli officials regarding Lavrov's assertions.

Lavrov is currently visiting Saudi Arabia as part of a wider tour of the region that has already brought him to Qatar.

Before his tour wraps up Thursday, Moscow's top diplomat is also slated to visit Kuwait and the United Arab Emirates.

Ever since the U.S. administration recognized Jerusalem as Israel's capital last year (prompting Ramallah to reject further mediation by Washington), Moscow has stressed its readiness to play a greater role in the Middle East peace process.

U.S.-sponsored talks between the Palestinians and Israel collapsed in 2014 over the latter's refusal to halt settlement building in the Israeli-occupied West Bank.