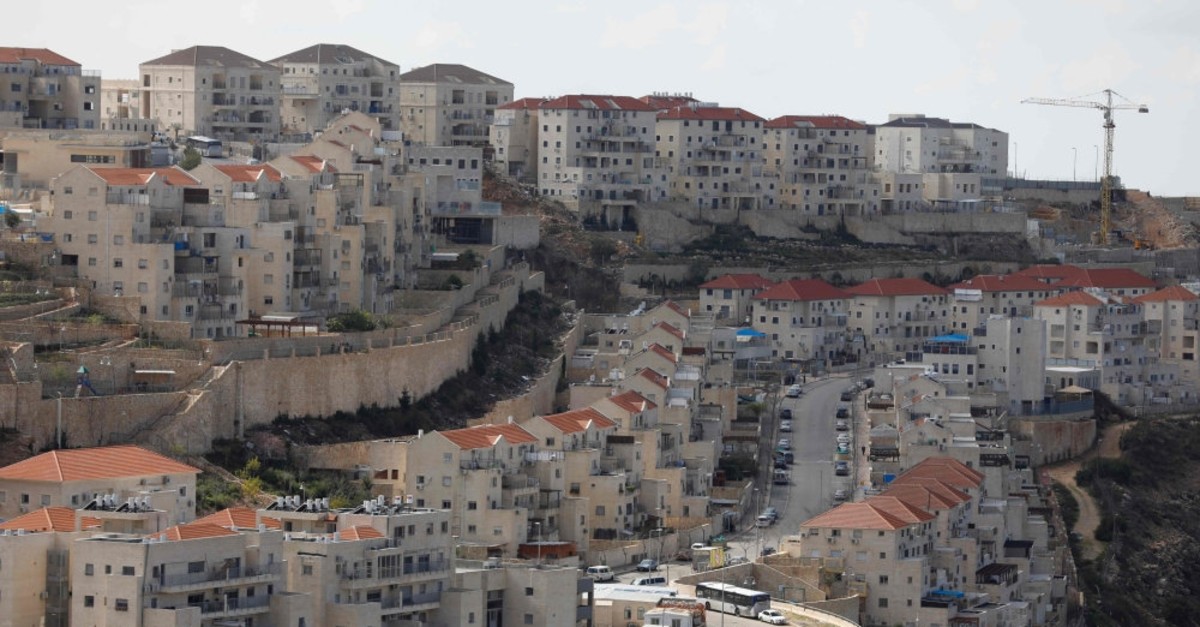 Amid growing international criticism over the ever-expanding Jewish settler population in the Israeli occupied territories, the U.N. has delayed once again a publication of a database of companies with business ties to Israeli settlements in the occupied West Bank, drawing the ire of human rights groups.

U.N. High Commissioner for Human Rights Michelle Bachelet said on Tuesday that despite progress made since launching the study, further work was needed due to the "novelty of the mandate and its legal, methodological and factual complexity." Her office aimed to finalize and issue the study "in the coming months," she said in a letter to the Human Rights Council.

Activists voiced outrage, noting that Bachelet's predecessor, Zeid Ra'ad al-Hussein, had already delayed its publication in 2017 before stepping down in August 2018. "Israeli authorities' brazen expansion of illegal settlements underscores why the U.N. database of businesses facilitating these settlements needs to be published," Bruno Stagno Ugarte of Human Rights Watch (HRW) said in a statement. "Each delay further entrenches corporate involvement in the systematic rights abuses stemming from illegal settlements," he said, calling for Bachelet to commit to a clear publication date.

Palestinian rights groups and trade unions, in a letter dated Feb. 28, had urged Bachelet to publish the database, saying that further delays would undermine her office and foster what they called an "existing culture of impunity for human rights abuses and internationally recognized crimes in the OPT (Occupied Palestinian Territory)."

Earlier this year, Amnesty International accused online booking giants of "driving settlement expansion," and "profiting from war crimes" by doing business with Israelis in the West Bank and east Jerusalem. The London-based rights group said in a report titled "Destination: Occupation," that rental sites Airbnb, Booking.com, Expedia and TripAdvisor are driving tourism to settlements that most of the world considers illegal.

Airbnb announced last November that it would remove West Bank settlement listings. The move was decried by Israel and praised by advocates of Palestinian rights when it was announced. The Simon Wiesenthal Centre placed Airbnb on its end-of-year list of the "top 10 worst global anti-Semitic incidents," in light of its decision. A group of American citizens also filed a discrimination lawsuit against the company. The company later said it is working to identify the "precise boundaries" of areas subject to the policy. Amnesty called on Airbnb to immediately implement its ban and to extend it to east Jerusalem.

Saeb Erekat, a top official of the Palestine Liberation Organization (PLO), had called upon the United Nations to "release the list of companies involved in the Israeli occupation." "We reiterate our call upon the international community to respect its obligations under international law, beginning by releasing tourism guidelines to ensure that their citizens and companies do not contribute to the Israeli colonial-settlement enterprise," he said in a statement. The international community regards all Israeli settlements in occupied Palestinian territories to be illegal and a major obstacle to Middle East peace. Israel occupied the West Bank in the 1967 Six-Day War and hundreds of thousands of Jewish-Israelis are now living in the territory, which is claimed by Palestinians for their future state.