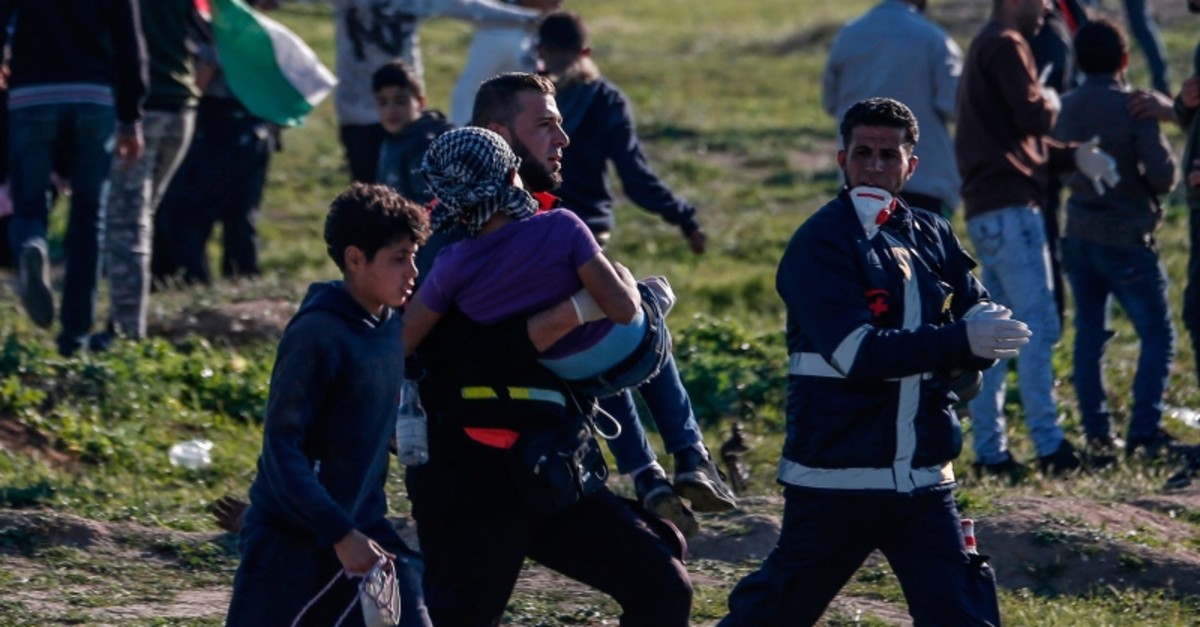 A Palestinian demonstrator was killed and dozens injured by Israeli army gunfire in Friday's anti-occupation protests on the Gaza-Israel buffer zone, the Palestinian Health Ministry said.

Tamer Arafat, 23, was wounded in the head in southern Gaza Strip town of Rafah and died shortly after arriving at the local hospital, the Palestinian health ministry said.

The ministry added that 47 protesters were injured with life fire as well as two journalists and two medics.

More than 250 Palestinian demonstrators have been killed by Israeli army gunfire since Palestinians began holding regular demonstrations along the Gaza-Israel buffer zone in March of last year.