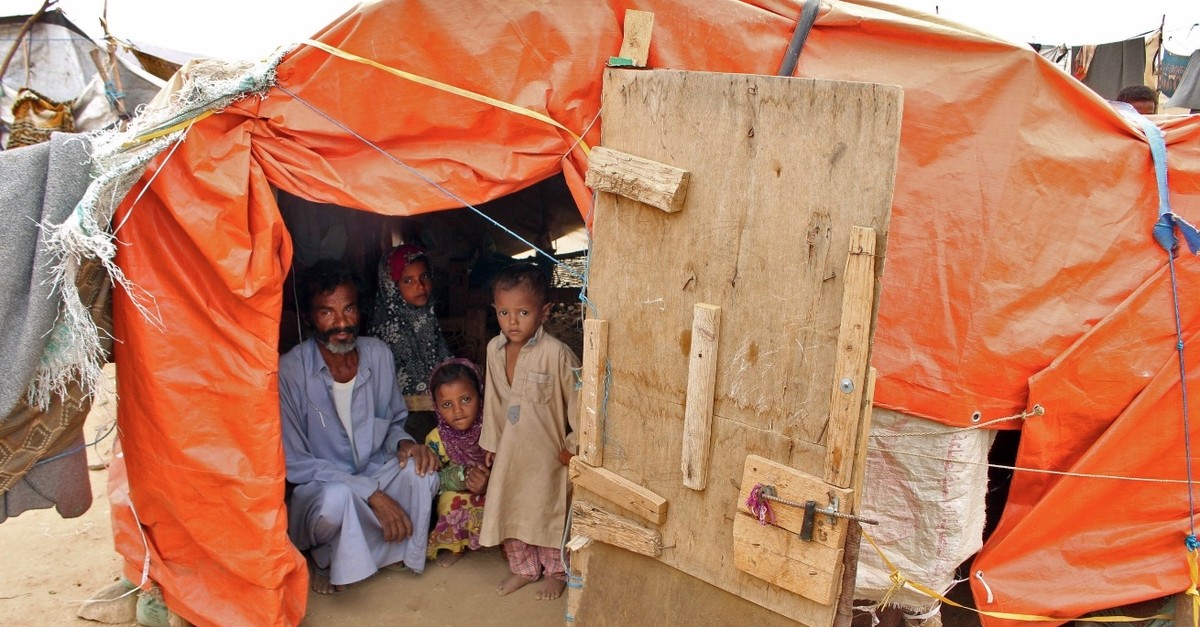 Displaced people pose in a makeshift camp in the northern district of Abs in Yemenu2019s northwestern Hajjah province, March 6, 2019.
by Yusuf Selman İnanç Mar 09, 2019 12:19 am

Nearly 100 civilian casualties and injuries were reported daily in 2018 in Yemen, and the most unsafe place for people was their homes, where the greatest number were killed

The war in Yemen continues to claim lives every day despite the relatively calm atmosphere across the country. After the fragile truce over removing troops from the strategic town of Hodeidah collapsed, clashes continue in some parts of the country. In addition to the casualties caused by the clashes, the notorious humanitarian situation has led to the death of many, particularly children. Recent data released by the United Nations High Commissioner for Refugees (UNHCR) demonstrated that almost 100 civilian deaths or injuries were recorded each week last year. The warring parties in Yemen met in Sweden in September of last year to put an end to the deadly war, which has claimed the lives of thousands and led to one of the worst humanitarian crises over the world.

However, because disputes over the strategic town of Hodeidah and other main issues like the delivery of oil and the location of the central bank, the truce collapsed. Despite the efforts for renewing it, the Saudi-led coalition, as well as the Houthi insurgents, seem to be far from reaching a deal soon. That said, the war in Yemen is not as deadly as it was in the beginning because the major battles and aerial attacks have stopped. Even so, the attempts to end the war or decrease the number of attacks did not see an end to civilian deaths. In a press release, the UNCHR said: "More than 4,800 civilian deaths and injuries were reported over the course of the year resulting in an average of 93 civilian casualties per week." Quoting a report, published by the Civilian Impact Monitoring Project (CIMP), the UNCHR stated that "the largest number of casualties in 2018 were reported in Yemen's volatile west coast, which includes Al Hudaydah [Hodeidah] governorate, one of the epicenters of the conflict since June 2018. Almost half (48 percent) of all reported casualties were recorded in this region, followed by Saada and Al Jawf (22 percent) which also remain a flashpoint of the conflict."

UNHCR Assistant High Commissioner for Refugees Volker Türk was quoted as saying, "The report illustrates the staggering human cost of the conflict. Civilians in Yemen continue to face serious risks to their safety, well-being and basic rights. Exposed to daily violence, many live under constant fear and suffer in deteriorating conditions, turning in desperation to harmful coping mechanisms in order to survive."

The report also underlined the fact that the critical infrastructure and essential services were not accessible to the civilians. "Four years of conflict in Yemen has created the world's largest humanitarian crisis. It has left more than 14 million people in need of protection and forced nearly 15 percent of the entire population, some 4.3 million people, to flee their homes. This includes 3.3 million people who are still displaced across the country, while 1 million have attempted to return home," the statement read.

Yemenis are not safe in their own homes, the report said, "The greatest number of civilian casualties occurred when armed violence directly impacted houses. Some 1,443 civilian casualties, 30 percent of the total, were reported inside houses."