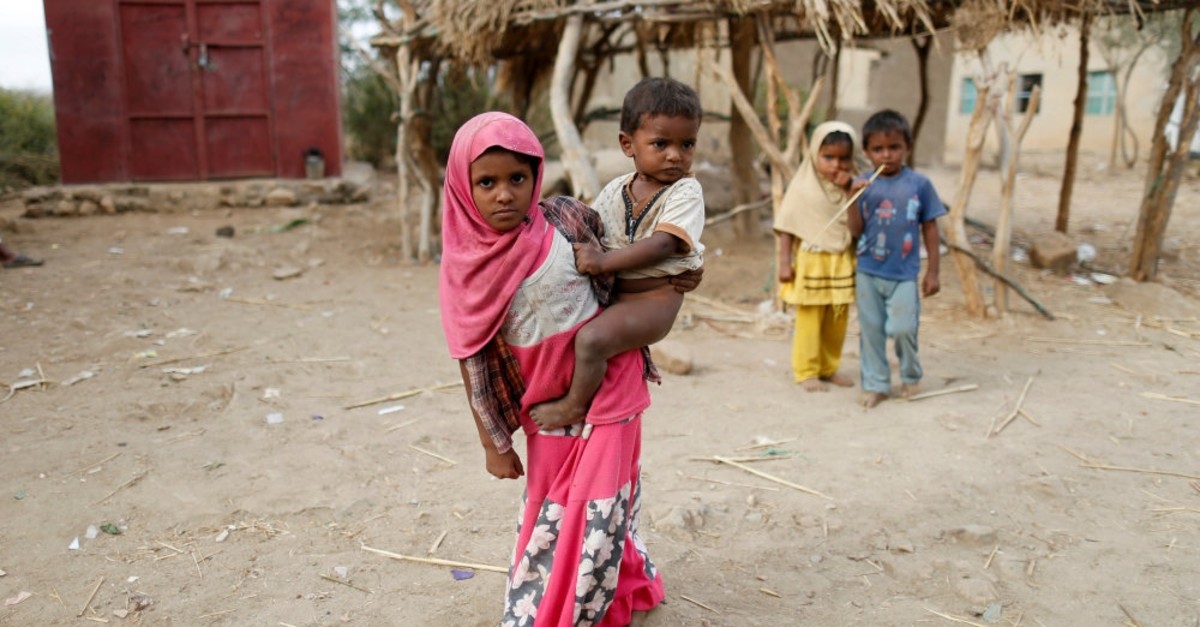 Despite a U.N.-negotiated peace deal, Yemeni people still suffer from an ongoing humanitarian crisis with hunger and despair after four years of conflict

As Yemen's war grinds into its fifth year with peace efforts stalling, the country's ongoing humanitarian crisis has left many people destitute, hungry and watching their children waste away from malnutrition and unclean water.

Four years of conflict have pushed Yemen, which was already one of the poorest Arab states, to the brink of famine. War has cut transport routes for aid, fuel and food, reduced imports and caused severe inflation. Households have lost their incomes because public sector wages are not being paid and conflict has forced people from their homes and jobs. The U.N. says about 80 percent of the population needs some form of humanitarian assistance and two-thirds of all districts in the country are in a "pre-famine" state. In water-scarce Yemen, with many parts of the country needing pumps to bring water to the surface, water prices have increased dramatically under years of fuel shortages.

The warring parties in Yemen met in Sweden in September of last year to put an end to the deadly war, which has claimed the lives of thousands and led to one of the worst humanitarian crises over the world. However, because disputes over the strategic town of Hodeidah and other main issues like the delivery of oil and the location of the central bank, the truce collapsed. Despite the efforts for renewing it, the Saudi-led coalition, as well as the Houthi insurgents, seems to be far from reaching a deal soon. That said, the war in Yemen is not as deadly as it was in the beginning because the major battles and aerial attacks have stopped. Even so, the attempts to end the war or decrease the number of attacks did not see an end to civilian deaths.

The war in Yemen continues to claim lives every day despite the relatively calm atmosphere across the country. After the fragile truce over removing troops from the strategic town of Hodeidah collapsed, clashes continue in some parts of the country. In addition to the casualties caused by the clashes, the notorious humanitarian situation has led to the death of many, particularly children. Recent data released by the U.N. High Commissioner for Refugees (UNHCR) earlier this month demonstrated that almost 100 civilian deaths or injuries were recorded each week last year.

Saudi Crown Prince and former defense minister, Mohammed bin Salman and Saudi Arabia's allies launched Operation Decisive Storm in March 2015. The ongoing war has resulted in the worst humanitarian crisis in the world, with an estimated 24 million people, close to 80 percent of the population, in need of assistance and protection in Yemen, according to the U.N.

The World Health Organization (WHO) says some 10,000 people have been killed since the coalition intervened in 2015, but rights groups state the death toll could be five times as high.