Trump spares no effort to keep Netanyahu in power 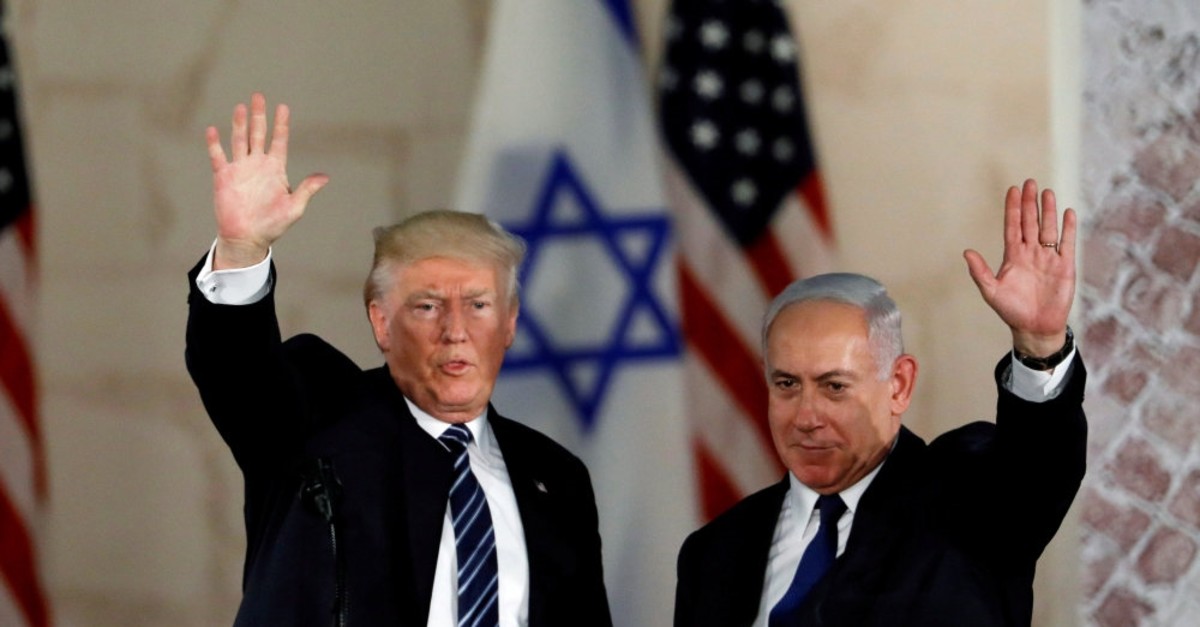 Despite serious corruption allegations, Israeli Prime Minister Netanyahu appears to be the strongest candidate for the upcoming elections due to certain actions taken by U.S. President Donald Trump

Israel is going to hold elections in less than two weeks. Prime Minister Benjamin Netanyahu is under fire for corruption allegations as well as a number of policies, including those on the economy. Despite all of this, Netanyahu seems to be one of the strongest candidates. Managing to stay in power for 13 years, Netanyahu is still strong, yet it is not due to his promises but rather the Trump card. U.S. President Donald Trump seems to be determined to help Netanyahu win the elections. Meanwhile, tensions have escalated with Hamas. High tensions have always helped Netanyahu win elections thus far.

Yesterday, a long-range rocket was fired from Gaza and hit a house in a town called Mishmeret near Tel Aviv. Seven people were wounded. It was the first time since 2014 that Tel Aviv and its adjoining areas were attacked. About two weeks ago, two rockets were fired into Tel Aviv as well, but Hamas had claimed it was an accident while Israel responded by carrying out attacks on the Gaza Strip. When this attack happened, Netanyahu was in the U.S. to meet Trump and attend a conference. He said, "In light of the security events I decided to cut short my visit to the U.S."

"I spoke to the IDF [Israel Defense Forces] Chief of Staff, head of the Shin Bet and head of intelligence and that he sees this as a criminal act against the State of Israel," he said adding that Israel would "respond forcefully." The decision to stop his visit and return to Israel was obviously another investment for the upcoming elections.

Last week, Trump said, "It is time for the United States to fully recognize Israel's sovereignty over the Golan Heights." Netanyahu responded joyously, saying that Iran and its proxies were posing threats to Israel's national security. Israel has long been claiming that Iran and the Lebanon-based Shiite group Hezbollah were making preparations to attack Israeli soil. Therefore, Israel would like the U.S. as well as Russia to help keep Iran and Hezbollah away from the Golan Heights. Israel is concerned with Iranian expansion in Syria and Lebanon and the claim that Hezbollah has chemical weapons as well as long-range missiles. Mostly staying out of the crisis in Syria, Israel's primary reservation was that Iran would become permanent in Syrian regime-controlled areas. Several rumors claiming that Iran had already established military bases in Syria have been circulating. Tel Aviv has repeatedly warned Iran and the Syrian regime that it will hit certain positions to protect itself from any possible attacks.

The recognition of the Israeli claim on the Golan Heights is not the first gift that Trump gave to Netanyahu. His decision to move the U.S. Embassy from Tel Aviv to Jerusalem, which is internationally recognized as under Israeli occupation, to omit the "occupied" label while referencing to the Palestinian lands and to praise Netanyahu at every opportunity has already strengthened Netanyahu.

It seems like the Trump administration would like Netanyahu to remain in power. Recent developments show that Trump's efforts along with the single attacks from the Gaza Strip, which are not claimed by Hamas directly, will help Netanyahu appear as a strong candidate in the elections despite the ongoing legal case against him and the corruption allegations.