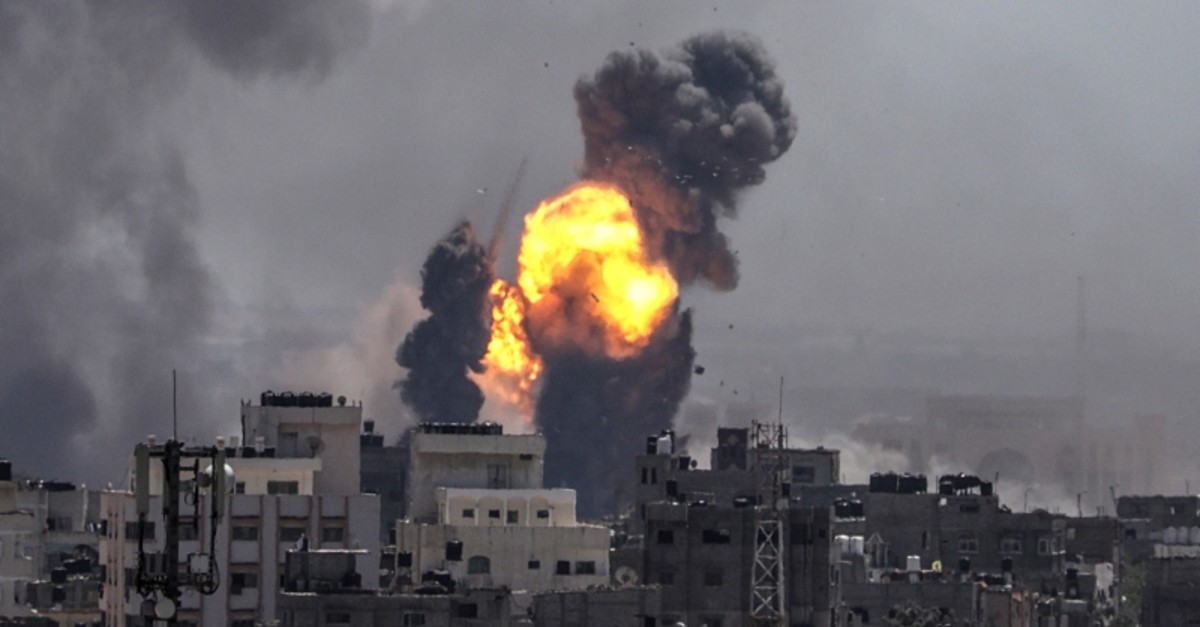 In reciprocal attacks Saturday, one Palestinian was killed in northern Gaza by Israeli raids. The Israeli army, meanwhile, said that around 90 rockets had been launched from Gaza to Israel, and most were intercepted by its Iron Dome Aerial Defense System.

The Israeli army, in an earlier statement, said that some positions of the Ezzedine al-Qassam Brigades — the armed wing of the Hamas movement, which is running the Gaza Strip — were targeted by Israeli tanks.

Palestinians have participated in regular demonstrations and clashes along the Gaza border for more than a year, calling on Israel to ease its crippling blockade of the enclave.

At least 270 Palestinians have been killed by Israeli fire since the protests began in March 2018, the majority along the border.

Two Israeli soldiers have been killed in that period.

Israel accuses Hamas of using the protests as cover to carry out attacks and says its actions are necessary to defend the border and stop infiltrations.

The results of a U.N. investigation released at the end of February found that Israel may have committed crimes against humanity in responding to the border protests, as snipers "intentionally" shot civilians including children, journalists and the disabled.

Israel rejected the report "outright" but Hamas called for Israel to be held accountable.