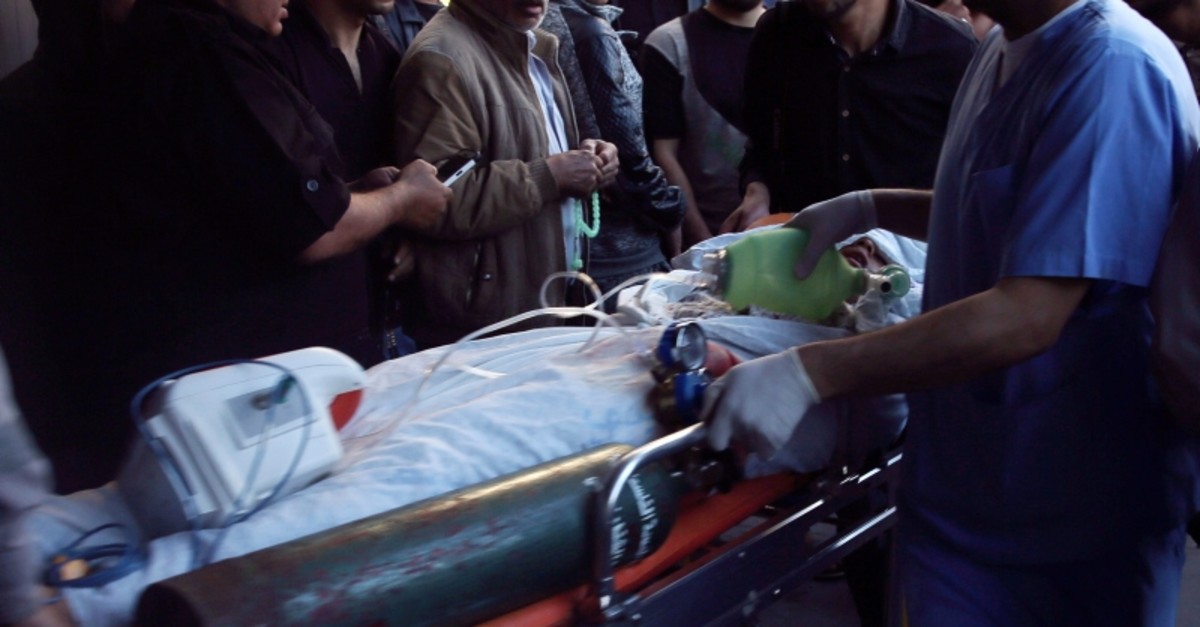 A lack of health funding in Gaza means 1,700 people shot by Israeli security forces may have to have amputations in the next two years, Jamie McGoldrick, the U.N. Humanitarian Coordinator for occupied Palestinian territory, told reporters on Wednesday.

McGoldrick said 29,000 Palestinians had been wounded in protests in the past year, and 7,000 of them had gunshot wounds, mostly in the lower legs.

"You've got 1,700 people who are in need of serious, complicated surgeries for them to be able to walk again," McGoldrick said.

"These are people who have been shot during the demonstrations and who are in need of rehabilitation, and very, very serious and complex bone reconstruction surgery over a two year period before they start to rehabilitate themselves."

Without those procedures, all these people are at risk of needing an amputation, he said.

The U.N. is seeking $20 million to fill the gap in health spending.

A lack of funding to the World Food Program and UNRWA, the U.N. humanitarian agency that supports Palestinians displaced by the 1948 war of Israel's founding, also meant there could be an interruption of food supplies for 1 million people.

"If that stops, there is no alternative for people to bring food in from any other sources, because they don't have purchasing power," McGoldrick said.

WFP spokesman Herve Verhoosel said a severe lack of funds meant WFP had cut aid for 193,000 people this year in the West Bank and Gaza, with 27,000 getting nothing and the rest getting only $8 per month instead of the usual $10.

Some 2 million Palestinians live in Gaza, the economy of which has suffered years of Israeli and Egyptian blockades as well as recent foreign aid cuts and sanctions by the Palestinian Authority, Hamas' West Bank-based rival.

People's prospects were "precarious", McGoldrick said. Gaza families averaged $4,000 of debt, while salaries averaged $400 per month, but 54 percent of the population was unemployed.

The health system was impoverished, with unpaid salaries and dilapidated equipment, and many medical professionals had left if they could find opportunities elsewhere.

One teaching hospital was now only teaching trauma medicine, McGoldrick said, but the doctors on the ground did not have the technical ability to carry out the treatment required for the people at risk of amputation.

There have already been 120 amputations, 20 of them in children, in the past year, he said.