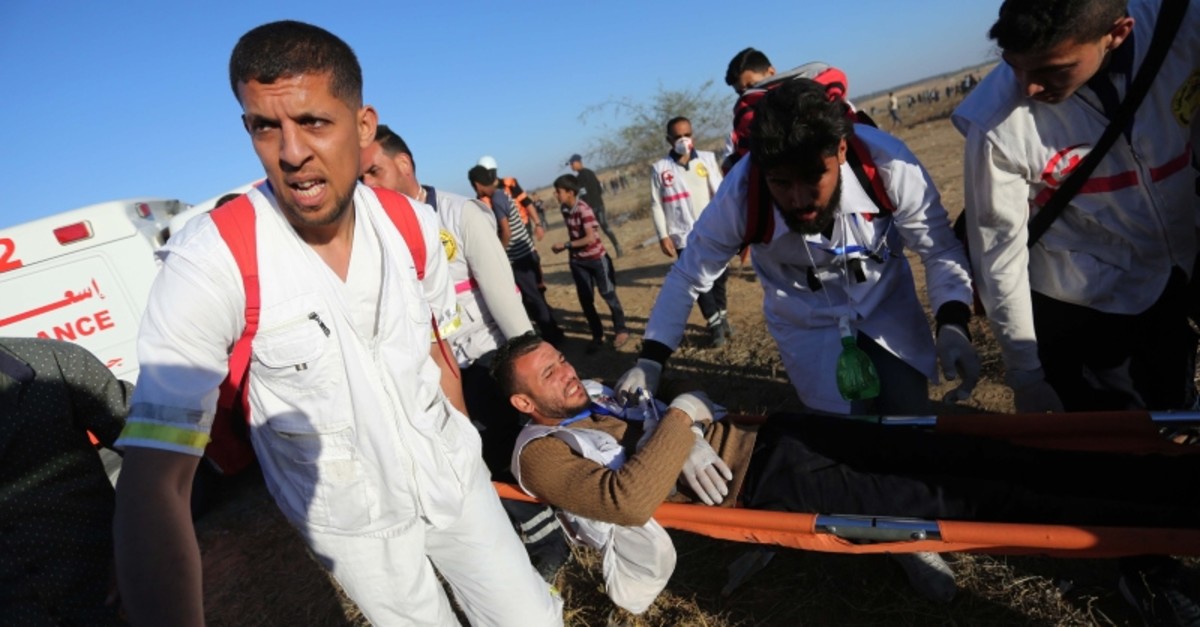 A Palestinian man was killed by the Israeli forces near the Gaza fence on Friday, according to the Palestinian Ministry of Health.

In a statement, the ministry said Abdullah Abdul Aal, 24, was shot in the stomach on the border east of Rafah in the southern Gaza Strip.

"Thirty more Palestinians were injured during the Gaza return marches, including four children and one medic," the ministry said.

According to the ministry, the Israeli army used live ammunition and rubber bullets to disperse the demonstrations.

Friday's rally comes in the run-up to the 71st anniversary of the Palestinian Nakba ("The Catastrophe").

Marked on May 15 of each year, Nakba Day commemorates the expulsion in 1948 of hundreds of thousands of Palestinians from their homes in historical Palestine to make way for the new state of Israel.

Since the Gaza rallies began in March of last year, nearly 270 demonstrators have been killed -- and thousands more injured -- by Israeli troops deployed near the buffer zone.

Protesters also demand an end to Israel's 12-year blockade of the Gaza Strip, which has gutted the coastal enclave's economy and deprived its roughly 2 million inhabitants of many basic commodities.