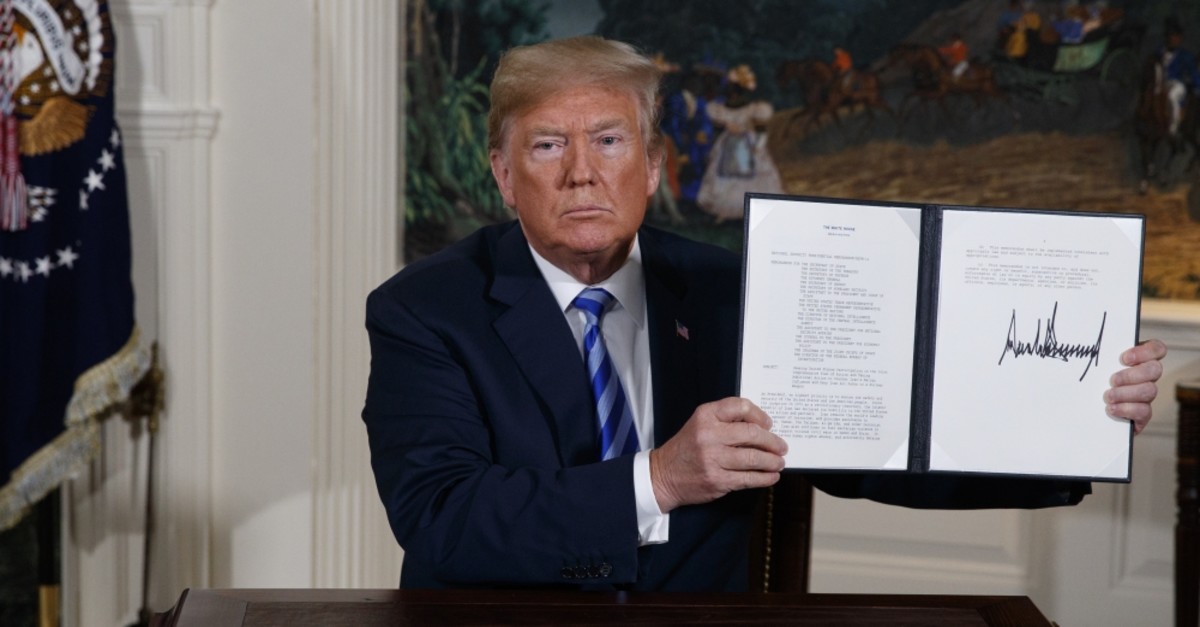 As the U.S. dispatches aircraft carriers and bombers to the Middle East, in a possible move to intimidate Iran, Tehran rejects any negotiations with Washington

Amid the recent escalation of tensions, the U.S. has sent B-52 Stratofortress bombers to the Middle East over what Washington describes as threats from Iran.

The planes arrived Friday at a U.S. base in Qatar, U.S. Central Command (CENTCOM) said. The move will raise the risk of war in the region.

In a further move, President Donald Trump said Thursday he's open to talks with Iran while dispatching an aircraft carrier and bombers to the Middle East.

A top commander of Iran's elite Revolutionary Guard has said Tehran won't talk with the U.S., a day after President Donald Trump said he'd like Iranian leaders to "call me."

Friday's report by the semi-official Tasnim news agency quoted Gen. Yadollah Javani as saying "there will be no negotiations with America." Javani also claimed the U.S. would not dare take military action against Iran.

The U.S. has also sent USS Abraham Lincoln aircraft carrier to the Persian Gulf in response to unspecified threats by Iran. And on Wednesday, Iran threatened to renew some nuclear enrichment that had been halted under the 2015 nuclear deal.

Relations between Tehran and Washington took a turn for the worse last May when the U.S. president pulled out of a 2015 nuclear deal between Iran and six world powers and reimposed sanctions.

Washington has tightened sanctions on Iran this month, eliminating waivers that had allowed some countries to buy its oil, with a goal of reducing Tehran's crude exports to zero.

Iran has responded by scaling back some curbs on its nuclear program, although it remains compliant with a deal to restrict its nuclear activity which Washington abandoned a year ago.

The Revolutionary Guards commanders have repeatedly said that U.S. bases in the Middle East and U.S. aircraft carriers in the Gulf are within range of Iranian missiles. Tehran has also threatened to disrupt oil shipments through the Strait of Hormuz in the Gulf if the U.S. tries to strangle Iran's economy by halting its oil exports. The Trump administration has vowed to confront Iran much more aggressively in the region, where it shares the Saudi view that Tehran is fomenting instability via a number of proxies in Lebanon, Syria and Yemen among other countries. Tehran denies the allegations.

The U.S. and its Arab allies have eyed Iran with great suspicion since the Iranian Revolution swept the Shah from power in 1979, fearing Khomeini's radical ideology would inspire Islamic militants across the Middle East.

Today, Iran enjoys influence through proxies in the region. From Syria to Yemen to Lebanon, the standoff between Washington and its allies and Tehran continues to shape events.