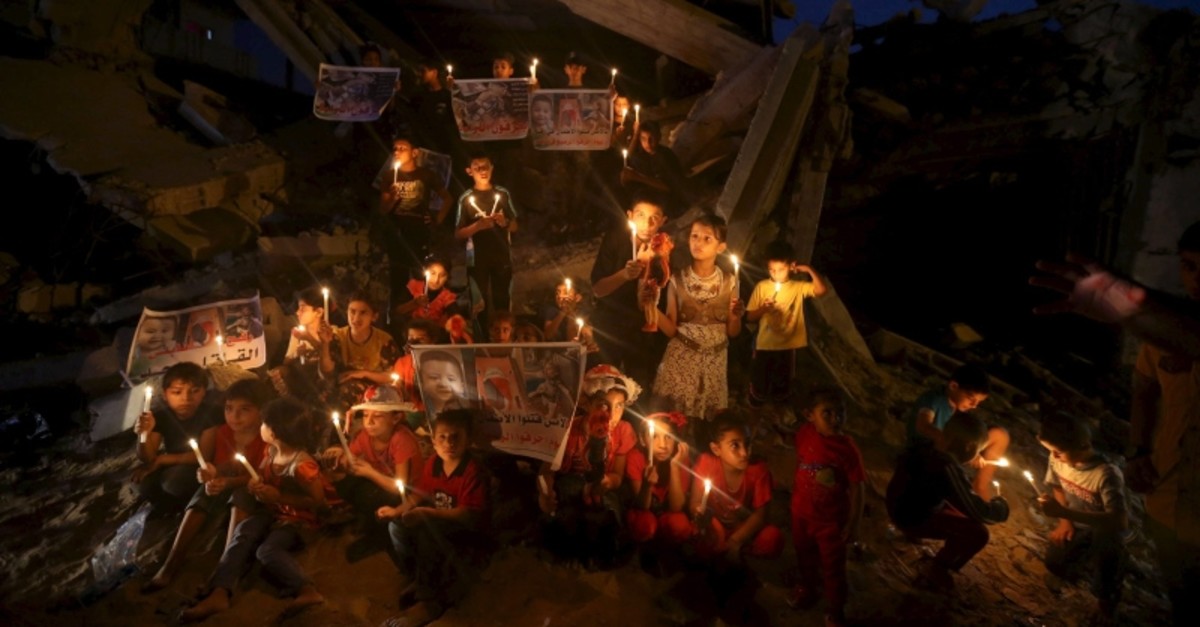 Palestinian children light candles to remember 18-month-old Ali Dawabsheh, who was killed after his familyu2019s house was set on fire by Jewish extremists. (Reuters Photo)
by Anadolu Agency May 13, 2019 3:09 pm

A Palestinian family has denounced a plea deal to clear an Israeli settler from murder charges in a 2015 arson in which a Palestinian baby and his parents were burned alive in the occupied West Bank.

In July 2015, Riham and Saad Dawabsheh and their 18-month baby were burned alive when settlers set on fire their home in the village of Duma in Nablus. Another child sustained severe burns in the attack.

On Sunday, the Central District Court in Lod approved a plea deal between the settler's lawyers and the State Prosecutor's office under which he was cleared of the murder conspiracy charges.

Under the deal, the settler would not serve more than five years in prison in connection with the murder.

"This deal proves the complicity of the Israeli judiciary in this horrible crime," Nasr Dawabsheh, a spokesman for the family, told Anadolu Agency on Monday.

"This deal is unfair and encourages the settler gangs to commit more crimes," he warned.

Dawabsheh said the family would pursue all legal measures to bring the perpetrators to justice.

"We do not trust the Israeli judiciary, but we are forced to pursue all legal measures before Israeli courts before going to international courts to bring the perpetrators to accountability," he said.

"The International Criminal Court (ICC) does not accept cases unless all legal measures are pursued before local courts," he said.