US mulls sending up to 10,000 troops to Mideast amid Iran tensions 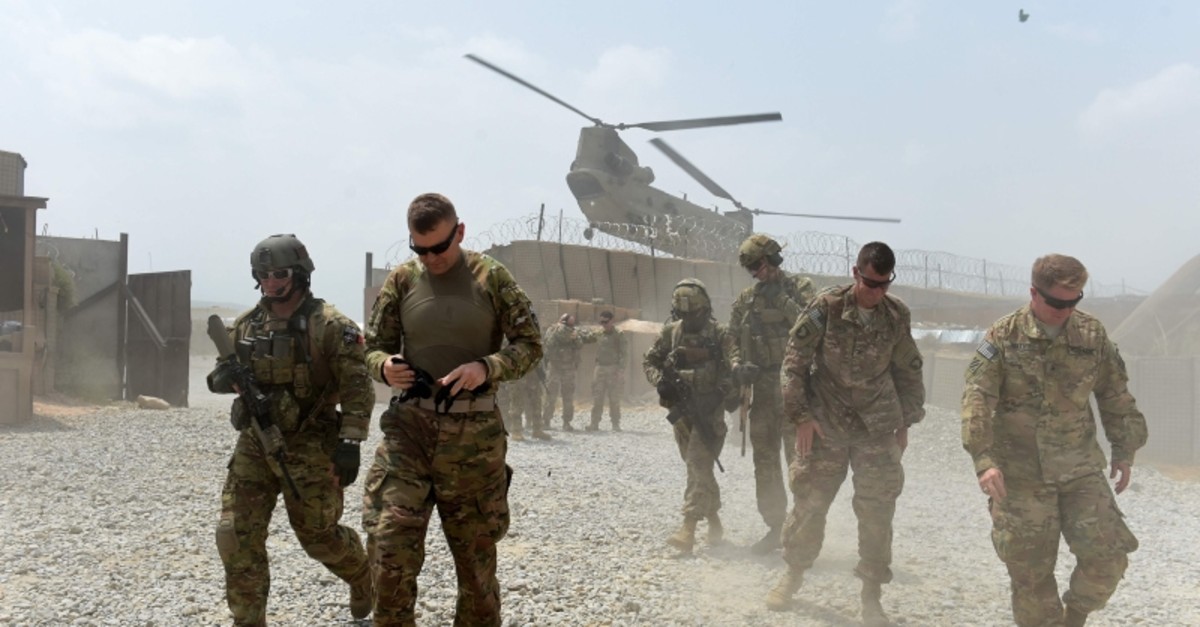 In this file photo taken on August 12, 2015 US army soldiers walk as a NATO helicopter flies overhead at coalition force Forward Operating Base (FOB) Connelly in the Khogyani district in the eastern province of Nangarhar. (AFP Photo)
by Associated Press May 23, 2019 1:48 am

U.S. officials say the Pentagon will present plans to the White House to send up to 10,000 more American troops to the Middle East to beef up defenses against potential Iranian threats.

The officials say no decision has been made and it's not clear if the White House will approve sending all or just some of the requested forces. Officials say the troops will be defensive forces, and the discussions include additional Patriot missile batteries and more ships.

The Thursday morning meeting comes as tensions with Iran continue to simmer. Defense leaders told congressional officials Tuesday that the U.S. doesn't want to go to war with Iran and wants to de-escalate the situation.

The officials spoke on condition of anonymity because the plans have not been formally announced.