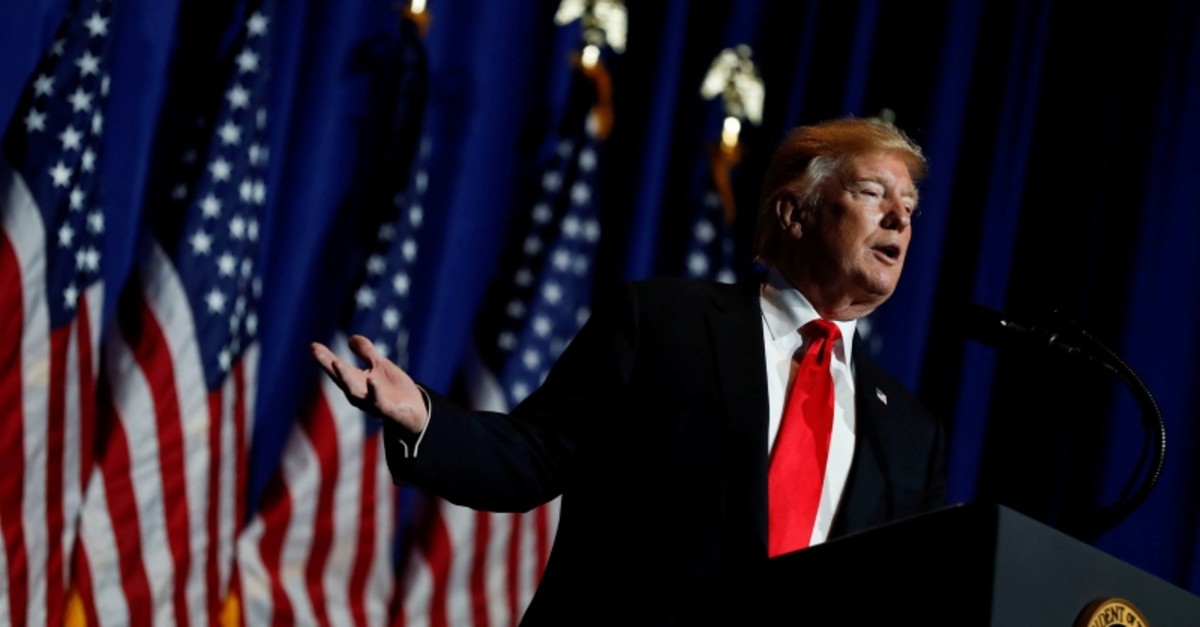 U.S. President Donald Trump said on Monday a deal with Iran on its nuclear programme was possible, crediting economic sanctions for curbing activities Washington has said are behind a spate of attacks in the Middle East.

"It has a chance to be a great country with the same leadership," Trump said. "We aren't looking for regime change - I just want to make that clear. We are looking for no nuclear weapons."

In Tehran, Foreign Minister Mohammad Javad Zarif said Iran was not seeking nuclear weapons, which its supreme leader had banned in an edict, adding on Twitter that U.S. policies were hurting the Iranian people and causing regional tensions.

President Hassan Rouhani said in October the United States was seeking "regime change" in Iran, adding that the current U.S. administration was the most hostile that the Islamic Republic had faced in its four decades.

Tensions have risen between Iran and the United States after this month's attack on oil tankers in the Gulf region.

Washington, a firm backer of Tehran's regional rival Saudi Arabia, has blamed the attacks on Iran, which denies the accusations.

The United States has deployed a carrier strike group and bombers to the and announced plans to deploy 1,500 troops to the Middle East, prompting fears of a conflict.

Trump's national security adviser John Bolton said on Saturday that the United States had "deep and serious" intelligence on threats posed by Iran, without providing details.

Trump, on a four-day visit to Japan, welcomed Abe's help in dealing with Iran after broadcaster NHK said Japan's leader is considering a trip to Tehran as early as mid-June. Iran said a visit was unlikely in the near future.

"I know for a fact that the prime minister is very close with the leadership of Iran, and we'll see what happens," Trump said.

At his joint news conference with Trump, Abe said Japan would do what it can on the Iran issue.

Trump last year withdrew the United States from a 2015 international nuclear deal with Iran, and is ratcheting up sanctions seeking to end Iran's international sales of crude oil and strangle its economy.

Japan was a major buyer of Iranian oil for decades before U.S. sanctions which Trump said were taking effect.

"They were fighting in many locations," he said of Iran. "Now they are pulling back because they have serious economic problems."

Bolton, who has spearheaded an increasingly hawkish U.S. policy on Iran, described recent bomb attacks on tankers off the United Arab Emirates and a pipeline pumping station in Saudi Arabia, as well as a rocket attack in Baghdad's Green Zone, as "manifestations of concern" about Iran.

Iran has distanced itself from the bombings and on Sunday, Zarif said his country will defend itself against any military or economic aggression.