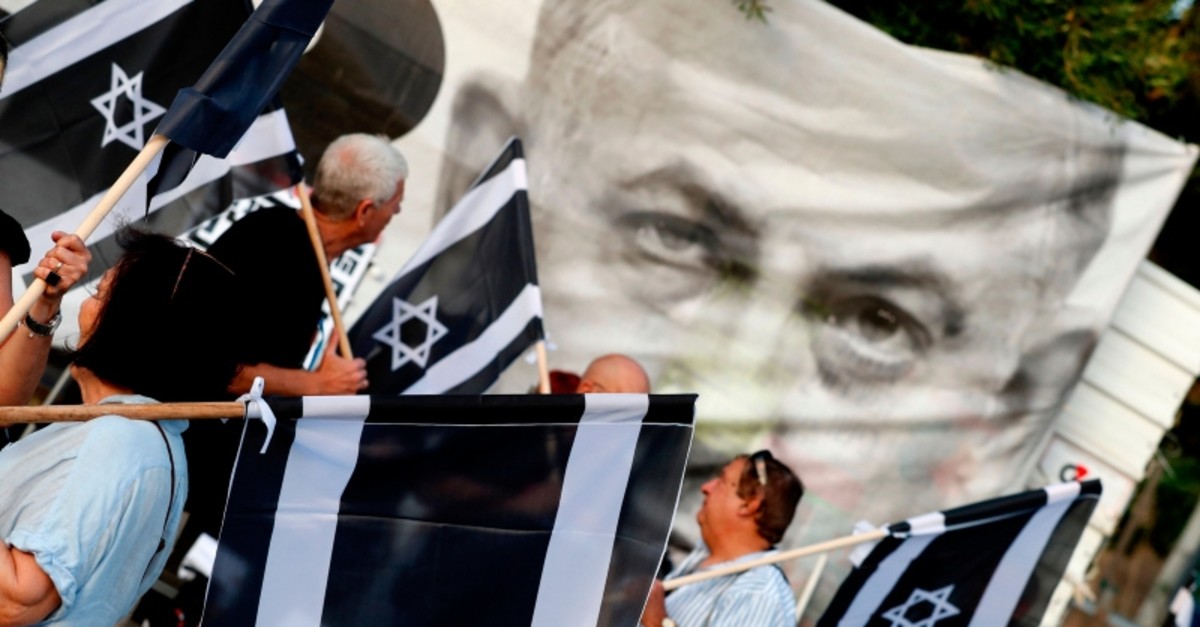 Israeli oposition parties' supporters hold flags as they attend a rally against Prime Minister Benjamin Netanyahu on May 25, 2019 in the coastal city of Tel Aviv.
by reuters May 27, 2019 8:03 pm

In a preliminary vote, parliament decided to dissolve itself. In order to disperse and set an election date, legislators would still have to hold a final vote, likely to take place on Wednesday.

Netanyahu, who claimed victory on behalf of his right-wing Likud party in an April 9 election, has until 2100 GMT on Wednesday to put a government together, after being delegated the task by President Reuven Rivlin six weeks ago.

In power for the past decade and facing potential corruption indictments, Netanyahu has struggled to seal an agreement with a clutch of right-wing, far-right and ultra-Orthodox Jewish parties that would ensure him a fifth term.