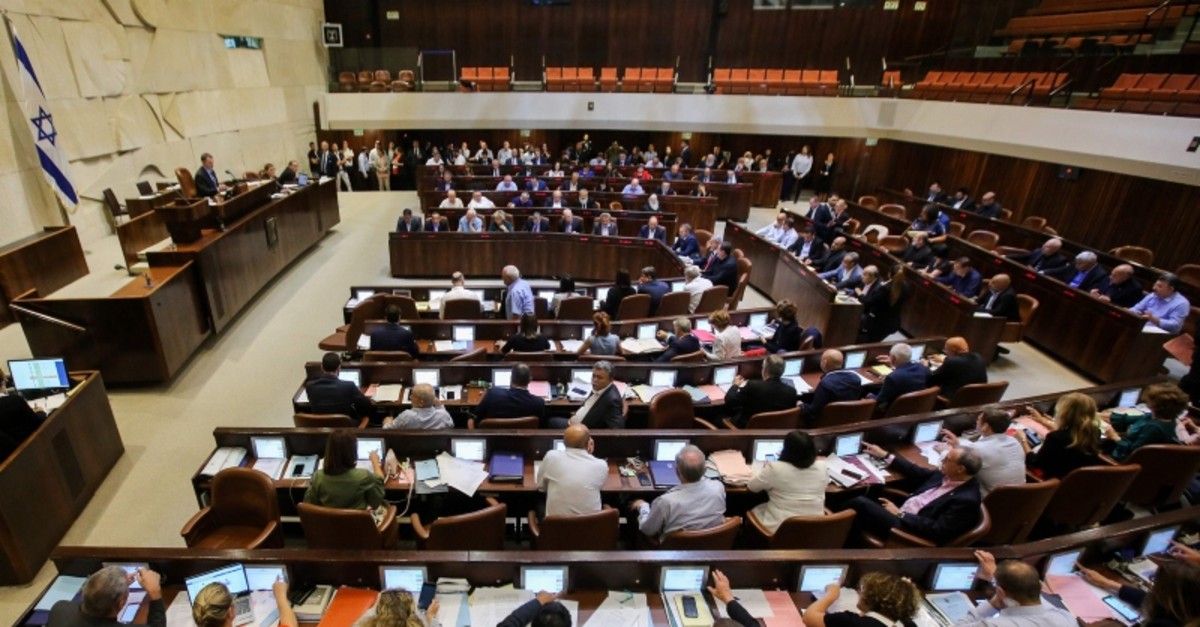 Israeli ministers announced Sunday that they will submit a bill to dissolve the Israeli Parliament (Knesset) and call for new elections unless a government is formed within three days.

Likud MK Miki Zohar, the chairman of the House Committee, tweeted the draft bill earlier in the day to dissolve the Knesset.

The decision to seek the dissolution of parliament later in the week was made at a meeting of Likud ministers, Zohar told Channel 12.

The vote will go for a first and second reading on Monday, while the final vote will be on Wednesday as the deadline for forming a coalition expires.

The move is an escalation from the Likud to force Former Defense Minister Avigdor Lieberman to back down from his demand to pass the so called ultra-orthodox "draft law".

In the event of failing to form a government coalition, the Likud is trying to dissolve the Knesset and go to new elections within three months to avoid assigning another candidate, especially from the left camp.