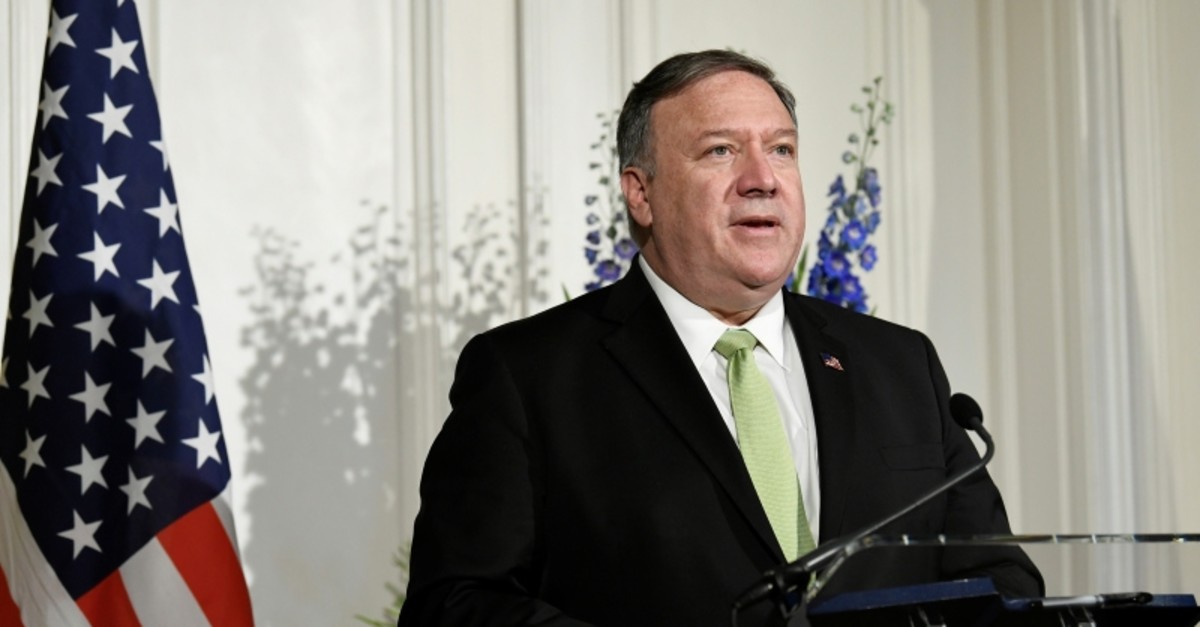 U.S. Secretary of State Mike Pompeo is worried the Trump administration's soon-to-be-released Middle East peace plan will be considered "unworkable," and might not gain traction, U.S. media reported on Sunday.

Pompeo's remarks to a private meeting of Jewish leaders, first reported by The Washington Post, show that even the plan's own backers expect the latest United States blueprint for ending the Israeli-Palestinian conflict to be met with deep skepticism.

The economic components of the proposal are to be unveiled at a conference in Bahrain on June 25-26.

"It may be rejected. Could be in the end, folks will say, 'It's not particularly original, it doesn't particularly work for me,' that is, 'It's got two good things and nine bad things, I'm out,'" the Post reported, citing an audio recording of the meeting it had obtained.

When asked about the recording in an interview in Switzerland Monday with the Sinclair Broadcast Group, Pompeo did not deny its authenticity.

He acknowledged that, given the "important relationship" the U.S. has with Israel, "I could see how someone might be concerned that a plan that this administration put forward might -- without knowing the true facts of what is contained in the plan -- they might perceive that it was going to be fundamentally one-sided."

But, he stressed, "it is just simply not true. I think there will be things in this plan that lots of people like."

The long-awaited plan dubbed "the deal of the century" and spearheaded by Donald Trump's son-in-law and senior aide Jared Kushner has already been rejected by the Palestinians, who say the U.S. president's policies have shown him to be blatantly biased in favor of Israel.

Meanwhile Israeli politics was upended last week when a snap election was set for September after Prime Minister Benjamin Netanyahu, a veteran conservative close to Trump, failed to form a coalition.

Another key broker in the peace process, the United Nations, says it will stay away from the Bahrain meeting.

The body has passed several resolutions affirming a two-state solution to the conflict, but Kushner has hinted the plan will not endorse creating a Palestinian state.

In the remarks delivered Tuesday to the Conference of Presidents of Major American Jewish Organizations, Pompeo acknowledged the blueprint's perceived favoritism to Israel but hoped it would nonetheless be given a fair hearing.

"I get why people think this is going to be a deal that only the Israelis could love," he said, according to the Post. "I understand the perception of that. I hope everyone will just give the space to listen and let it settle in a little bit."