Respect both sides in Israeli-Palestinian peace initiatives, EU tells US 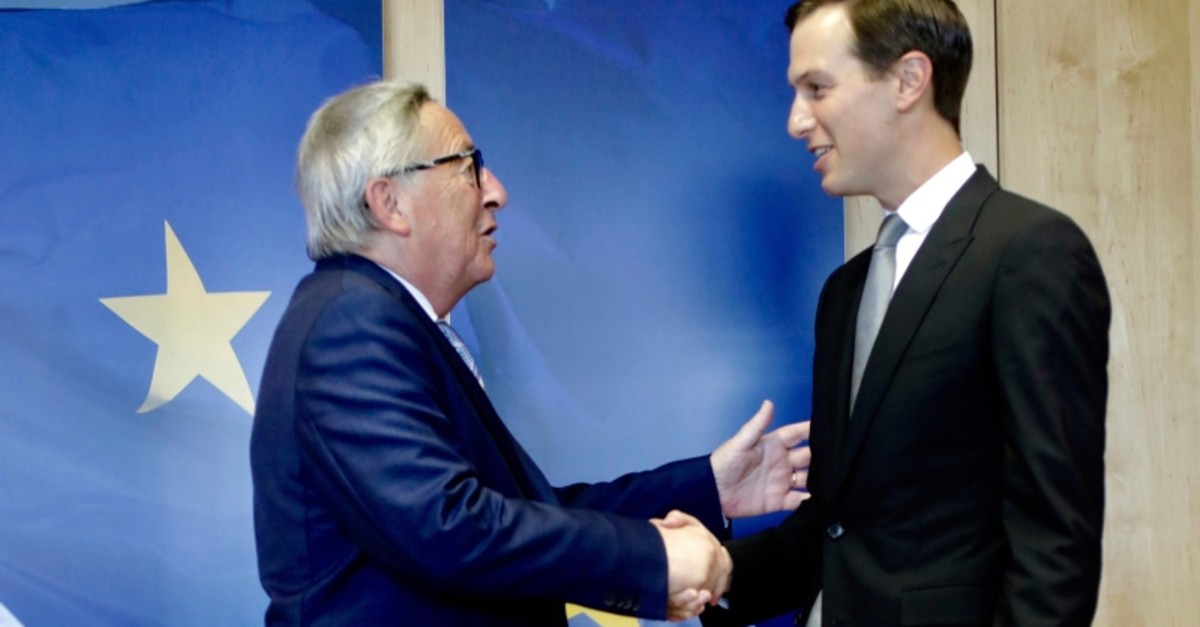 Senior Advisor to the President of the United States Jared Kushner, right, shakes hands with European Commission President Jean-Claude Juncker prior to a meeting at EU headquarters in Brussels, Tuesday, June 4, 2019. (AP Photo)
by Compiled from Wire Services Jun 04, 2019 9:59 pm

European Commission President Jean-Claude Juncker is urging the United States to respect the needs of both Israelis and the Palestinians in any future Mideast peace moves.

Juncker's office says that in a meeting Tuesday, U.S. President Donald Trump's son-in-law Jared Kushner shared some of the administration's thoughts about the way ahead in the region.

The EU officials listened to Kushner's "ideas and underlined the fundamental interest of the European Union for a lasting and sustainable peace and stability in the region."

They say "the economic development of the whole region is crucial. It must be accompanied by viable political progress that takes into account the aspirations of both the Palestinians and the Israelis."

Trump, whose administration has staunchly backed Israeli Prime Minister Benjamin Netanyahu, acknowledged doubts about the plan himself on Monday, while Kushner suggested that Palestinians were not ready to govern themselves.

The U.S. is to lay out an economic component of the plan, which has been spearheaded by Kushner, on June 25-26 in Bahrain, where Gulf Arab states are expected to make pledges to boost the troubled Palestinian economy.

It is not yet clear when the political aspects of the plan — which are expected to avoid calling for the creation of a Palestinian state — will be unveiled.

Abandoning the call for a Palestinian state would end years of U.S. support for the so-called "two-state" solution, which envisages separate homelands for Jews and Palestinians.

The EU is still firmly behind the two-state solution with Jerusalem as capital of both states — in contrast to Washington, which has recognized the city as Israel's capital.