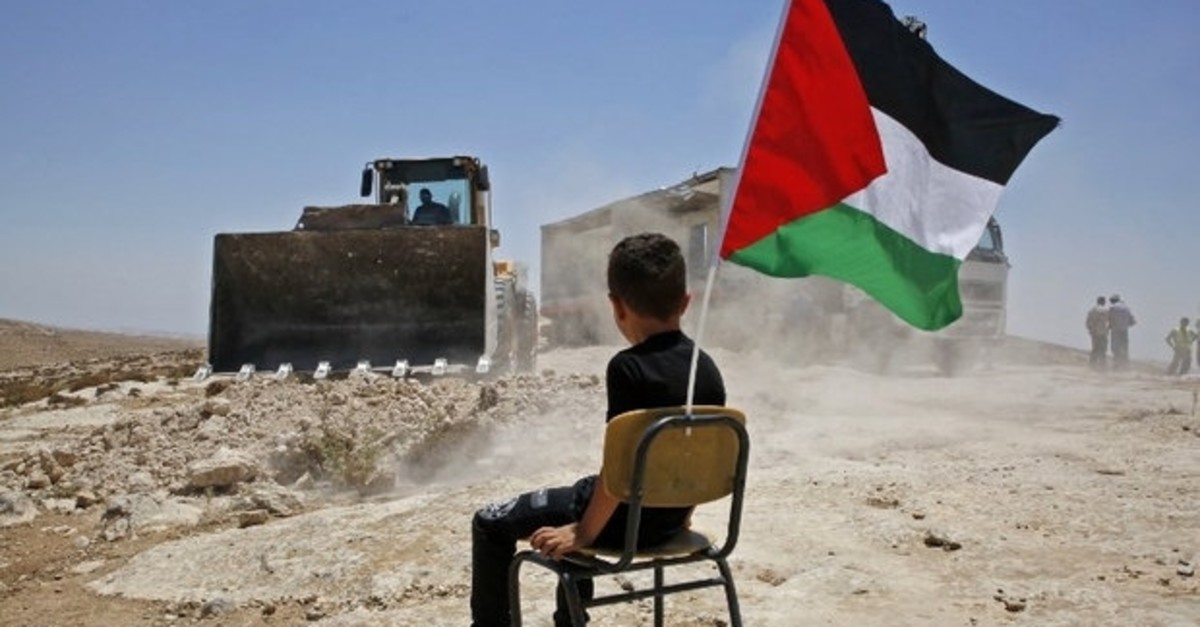 The statement by U.S. Ambassador to Israel David Friedman that Israel had the right to annex West Bank land seems to be yet another blow to the peace process

U.S. President Donald Trump promised to find a solution to the decades-long Palestinian-Israeli conflict even before he ascended to the presidential post in 2016. However, the way he sees as a solution has not been welcomed by Palestinians due to his explicit pro-Israel stance. Palestinian officials believe that Trump and his men are destroying any opportunity to reach a solution. The latest example of the destruction was seen in an interview made by The New York Times with the U.S. envoy to Israel, David Friedman. His statement that Israel had the right to annex some parts of the West Bank was considered offensive.

He said, "Under certain circumstances, I think Israel has the right to retain some, but unlikely all, of the West Bank." He also claimed that the "repressive officials in the West Bank" barred Palestinian business leaders from attending a meeting in Bahrain, which was held as part of Trump's peace plan. Moreover, according to the ambassador, there was a "silent majority" who would accept Trump's plan if they knew that they would not face "real-life consequences" from Palestinian officials. He was positive that every Palestinian business leader would attend the meeting in Bahrain as he said: "There is almost no Palestinian business leader that wants to refrain from meeting with some of the largest sovereign wealth funds in the world, when the topic of the discussion is limited to giving money to the Palestinians. I know firsthand, they want to come."

Friedman is popular for his interesting remarks. For example, in an event organized to celebrate the first anniversary of the opening of the U.S. Embassy in Jerusalem, he said Israel was on "God's side." "Israel has one secret weapon that not too many countries have: Israel is on the side of God. And we don't underestimate that," he said and added that the U.S. Embassy was "a new shrine in the ancient city of Jerusalem."

Friedman is not alone in making these kind of statements. Trump's son-in-law and special adviser, Jared Kushner, at the beginning of this month, claimed that, "Palestinians were not capable of governing themselves." However, he was not that strict as he expressed his belief that "Palestinians deserved self-determination." Resembling the statements of colonial governors, Kushner was designated the architect of the solution process. In his process, economic incentives come before political solutions, as he believes that economic amelioration will bring about a political resolution.

Besides for these controversial statements, the latest moves by the U.S. in Israel and Palestinian have deteriorated the situation. First, the U.S. moved its embassy to Jerusalem. In other words, it has officially recognized Jerusalem as Israel's capital. Later, the "occupied" label was omitted from U.S. government reports while referencing the Palestinian lands that are under Israeli occupation. The U.S. has also cut funding for the United Nations Relief and Works Agency for Palestine Refugees (UNRWA) and proposed to dismantle the institution. Finally, Trump said the Israeli sovereignty over the occupied Golan Heights had to be recognized. In short, Friedman's statement is simply another nail in the coffin of the peace process.