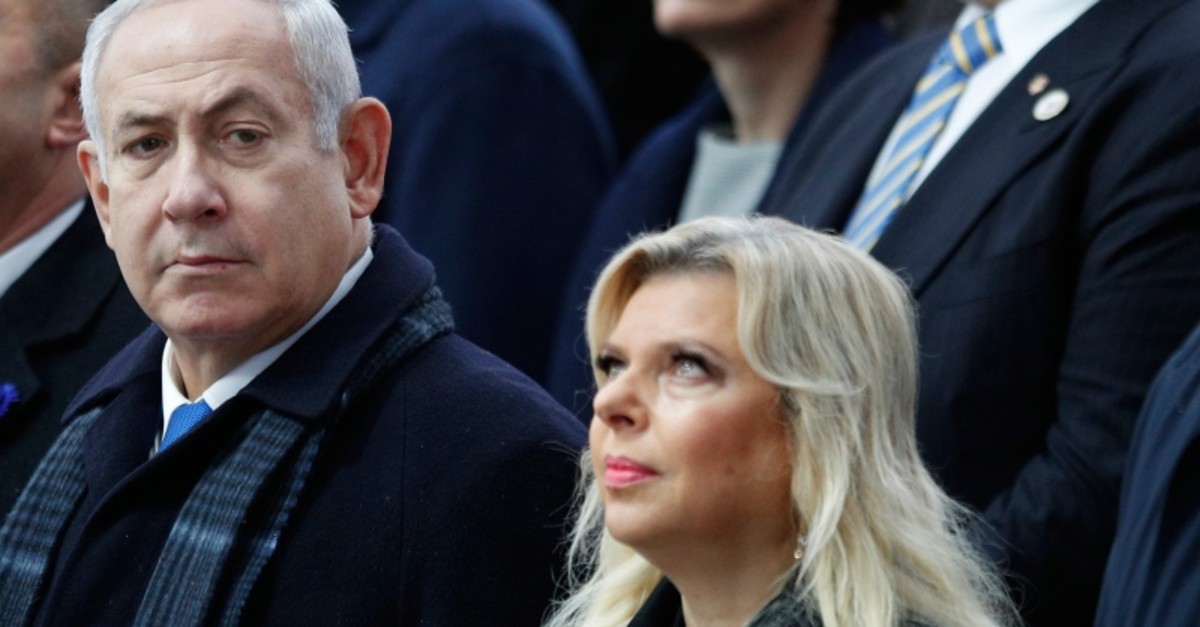 A Jerusalem magistrate court on Sunday sentenced Sara Netanyahu, the wife of Israel's Prime Minister Benjamin Netanyahu, to pay a fine of more than $15,000 for misusing state funds. The sentencing comes after she agreed to a plea bargain that ended the years-long saga of just one of the high-profile corruption cases involving the prime minister's family.

The court ruling settled allegations that Sara Netanyahu had misused some $100,000 in state money on lavish meals. She was indicted on charges of fraud and breach of trust last year after the State Attorney's office accused her of running up large tabs at luxury restaurants while the official residence employed a full-time chef between the years 2010 and 2013.

The settlement saw her admit to a more minor charge of "intentionally exploiting the mistake of someone else," specifically by misleading officials who didn't realize she already benefited from chefs on the government payroll.

Under the terms of the bargain, Sara Netanyahu agreed to pay $2,800 in fines and hand the remaining $12,500 back to the state. The settlement also reduced the overspending charge to $50,000.

But the prime minister himself remains the main focus of the family's legal troubles. He is facing an indictment on charges of bribery, fraud and breach of trust, pending a hearing scheduled for early October. He has pushed for a postponement and can still request an extension from the Supreme Court.

Benjamin Netanyahu is accused of accepting lavish gifts from billionaire friends and promising to promote advantageous legislation for a major newspaper in exchange for favorable coverage. He vehemently denies wrongdoing, portraying himself as a victim of media-orchestrated persecution against him and his family in an attempt to oust him from power.

The prime minister and his wife have a reputation for leading indulgent lives at public expense, out of touch with most Israelis. The 60-year-old Sara Netanyahu in particular has been accused of excessive spending, using public money for her private, extravagant tastes and for abusive behavior toward her personal staff. These allegations earned her an image as the Israeli Imelda Marcos, the former Philippine first lady infamous for her collection of designer shoes.

In 2016, a court ruled Sara Netanyahu mistreated a housecleaner and awarded the man $42,000 in damages. Other employees have accused her of abuse, charges the Netanyahus reject. Another former housekeeper is currently suing Sara Netanyahu for $63,000 in damages over mistreatment and harassment.

However, Sara Netanyahu's lawyer, Yossi Cohen, portrayed his client as a victim, saying she had "been put through hell" the past four years with a public shaming campaign that was due only to her public standing.

"Sara Netanyahu is today paying a heavy and painful personal cost to put an end to this witch hunt, and I hope that indeed this is the end of the story," he said after the hearing.

Benjamin Netanyahu has stood by her, calling her a "true hero" and bemoaning how she had become a "punching bag" for their opponents.