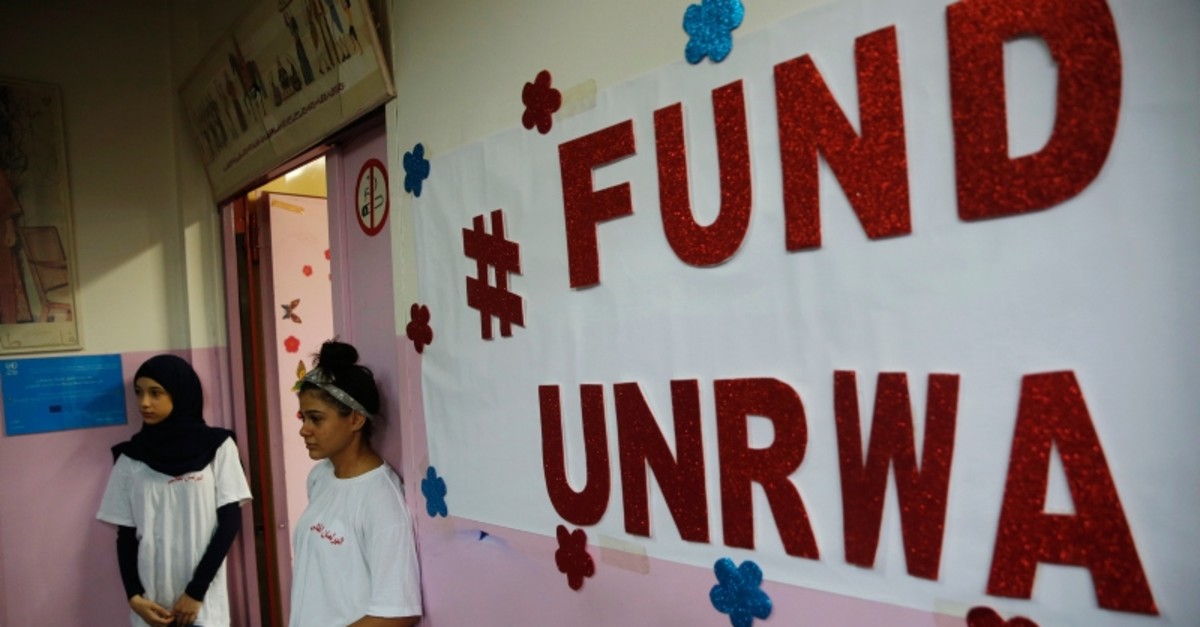 In this Sept. 3, 2018 file photo, Palestinian refugee students stand outside a classroom as they wait to attend a ceremony to mark the return to school of a new year at one of the UNRWA schools, in Beirut, Lebanon. (AP Photo)
by Jun 17, 2019 7:44 pm

The U.N. agency for Palestinian refugees on Monday urged its donors to help fill an expected $211 million shortfall in funding for 2019 after the US withdrew its support last year.

"The overall shortfall for this year was estimated at the beginning of the year (at) around $211 million," commissioner general Pierre Krahenbuhl told a news conference in Jordan.

The U.S., which was previously UNRWA's largest contributor, last year cut a full $300 million in funding to the agency and last month called for the organization to be dismantled.

Founded in 1949, UNRWA provides education and health services to some five million Palestinians in Jordan, Lebanon, Syria, the Gaza Strip and the West Bank, including east Jerusalem.

More than 750,000 Palestinians fled or were expelled during the 1948 war surrounding Israel's creation.

They and all their descendants are deemed by the U.N. agency to be refugees who fall under its remit.

"This year we need $1.2 billion that covers all our services," said Krahenbuhl, adding the agency had kept all services running so far this year but began to run up against deficits this month.

UNRWA was able to fully fund a budget of the same amount in 2018 through budget cuts and new donor contributions.

"The problems that we faced last year have not ended, the US is not reengaging with UNRWA, in fact it has reduced its contribution by further $60 million so we have now lost the entire US funding," he said.

He said he hoped a pledge conference in New York next week would help "mobilize additional funding."