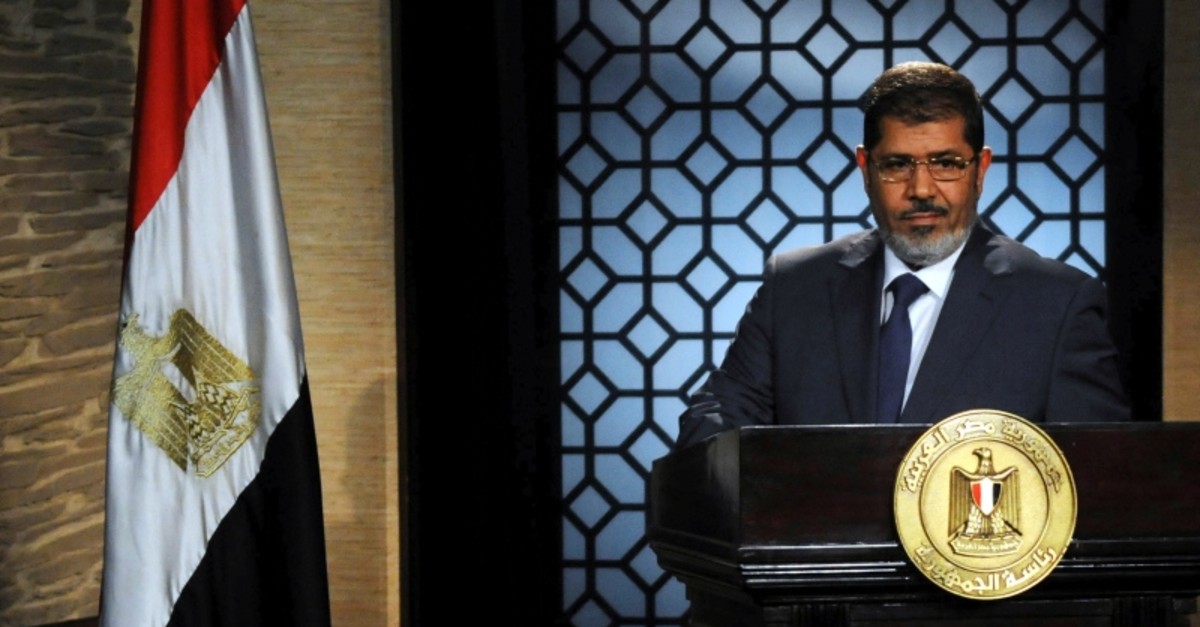 Egypt's first popularly elected president, Mohamed Morsi, was buried early Tuesday in the presence of only his family members and lawyers, said a source with his legal team.

The former leader, who reportedly died from a heart attack Monday during a court session, was buried at 5 a.m. (3 a.m. GMT) local time in Nasr City, east of Cairo amid tight security, according to the source, who spoke on condition of anonymity.

A leaked document on social media purportedly said that the funeral attendees were Morsi's brother, son, wife and two lawyers. Anadolu Agency could not independently verify the authenticity of the document.

"We consider my husband, President Mohammed Morsi a martyr," the wife, Naglaa, said on Twitter.

She said the ex-president was prepared for burial at Tora prison's hospital in southern Cairo and the funeral prayer took place at the mosque of the same prison. 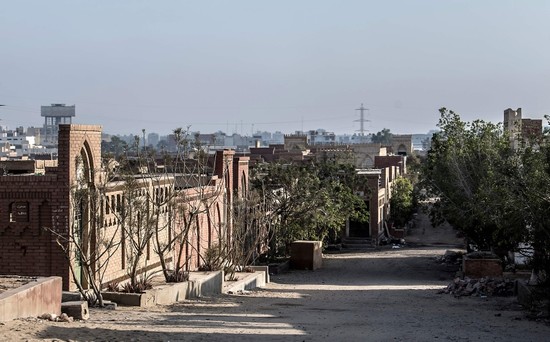 This picture shows a general view of the Al-Wafaa Wa al-Amal cemetery where Morsi was buried. (AFP Photo)

"Only his family were allowed to attend the funeral prayer and he was buried in the graveyard of the Muslim Brotherhood leaders in Nasr City [in eastern Cairo]," she said, adding that the authorities refused to bury Morsi in his hometown in the Nile Delta province of Sharqia. 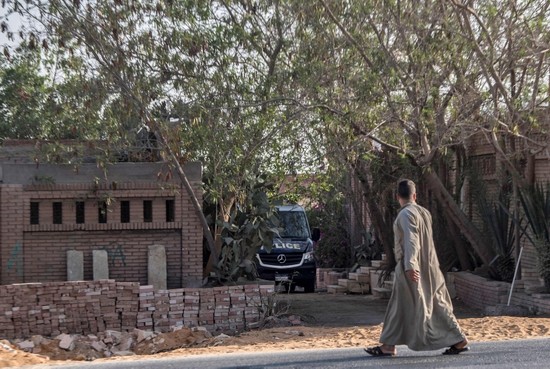 An Egyptian police vehicle is parked inside the cemetery after the Morsi was buried. AFP Photo)

The same statement was confirmed by Morsi's sons Ahmed and Abdullah as well as his lawyer Abdel-Monem Abdel-Maqsoud.

In a Facebook post, Morsi's son, Ahmed, had confirmed the death of his father, writing: "In front of Allah, my father and we shall unite."

There was no statement from the Egyptian authorities on the circumstances of Morsi's burial.

With limited official international reaction, Turkey, Qatar, Malaysia and the U.N. offered condolences over Morsi's death with no official reaction from Egypt or the Arab countries.

The country's state television reported early Tuesday that Morsi was "suffering from a benign tumor, had continuous medical attention and his death was caused by a heart attack."

Earlier Monday, Egypt's public prosecutor Nabil Sadek said the 67-year-old leader collapsed in the defendants' cage and was immediately rushed to the hospital, where he was pronounced dead.

There were no marks from injuries on his body, Sadek said.

After only a year in office, however, he was ousted and imprisoned in a bloody military coup led by Egypt's then defense minister and current president Abdel Fattah el-Sisi.

At the time of his death, Morsi faced a host of legal charges, which he, along with numerous human rights groups and independent observers, said were politically motivated.

According to his family, Morsi had diabetes and kidney disease and had not been provided with proper medical treatment.

Amnesty International said that during his six-year sentence, he was cut off from the outside world and allowed only three family visits. He was also prevented from access to his lawyers or a doctor, said the rights body.

Human Rights Watch called for an international investigation by the UN into the death of the late leader. It said earlier that the news of his death was "terrible but entirely predictable" due to inadequate medical care.

The Muslim Brotherhood previously called on the UN to push for adequate medical treatment for the ex-president, citing his neglect while detained, according to London-based online news outlet Middle East Eye.

Turkey became the first country to react to Morsi's death, with President Recep Tayyip Erdoğan calling him "a martyr who died struggling for his cause" and saying history will never forget the tyrants who caused his martyrdom.

In a statement, Turkey's Foreign Ministry said Morsi will be remembered as "an exceptional person in his country's struggle for democracy."

Funeral prayers in absentia will be held in mosques across Turkey on Tuesday for Morsi.

In a statement, the Muslim Brotherhood called Morsi's death a "deliberate killing" and blamed the Egyptian government for placing him in solitary confinement and depriving him of medical treatment.

Since Morsi's ouster, Egypt's post-coup authorities have waged a relentless crackdown on dissent, killing hundreds of the former president's supporters and throwing thousands in jail on "violence" charges.

Shortly after the coup, Morsi's party, the Muslim Brotherhood, was officially designated a "terrorist organization" in Egypt.