US to send 1,000 more troops to Middle East over Iran concerns 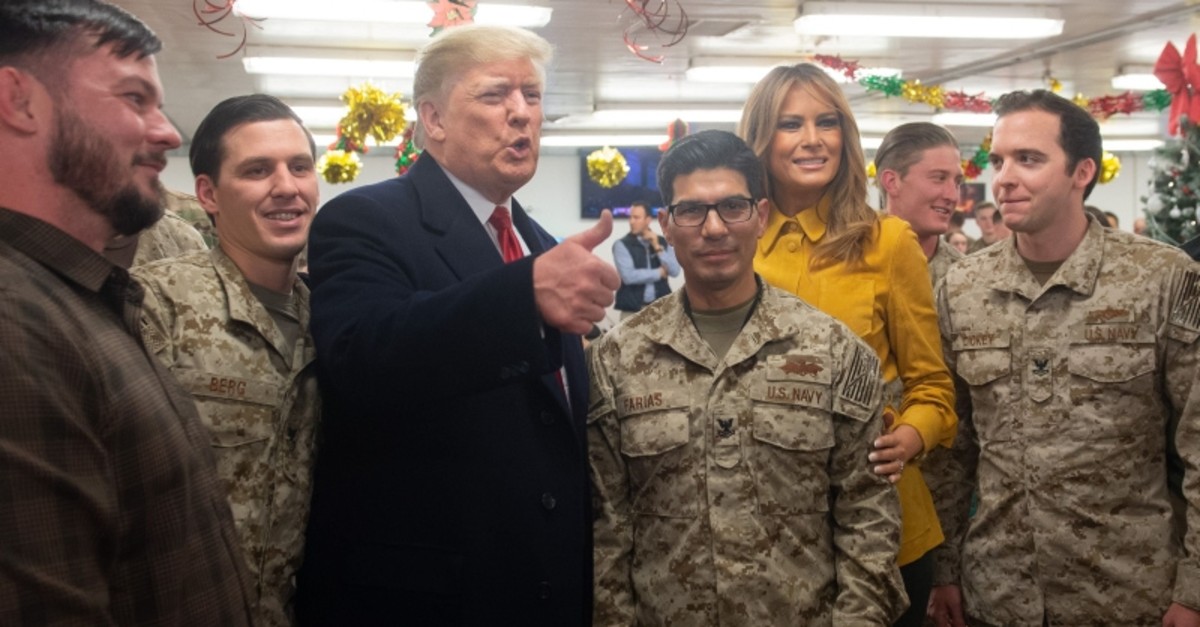 US President Donald Trump and First Lady Melania Trump greet members of the US military during an unannounced trip to Al Asad Air Base in Iraq on December 26, 2018. (AFP Photo)
by Compiled from Wire Services Jun 18, 2019 12:54 am

Acting U.S. Defense Secretary Patrick Shanahan announced on Monday the deployment of about 1,000 more troops to the Middle East for what he said were "defensive purposes," citing concerns about a threat from Iran.

"The recent Iranian attacks validate the reliable, credible intelligence we have received on hostile behavior by Iranian forces and their proxy groups that threaten United States personnel and interests across the region," Shanahan said in a statement.

The move comes after Iran announced that it would break a limit on uranium stockpiles established by a 2015 agreement with world powers that was intended to restrict the country's nuclear program in exchange for an easing of international sanctions.

U.S. President Donald Trump withdrew from the agreement, signed by his predecessor, and reinstated punishing economic sanctions, resulting in sharply rising tensions that deteriorated further with Iran's warning that it could soon start to enrich uranium to just a step away from weapons-grade levels.

That put the State Department in the position of defending the limits set by the 2015 deal that was so maligned by Trump and his national security team.

The Iranian announcement seemed likely to further inflame Mideast tensions as the U.S. was working with allies on a response to attacks on two oil tankers near the Persian Gulf that Secretary of State Mike Pompeo said was carried out by Iranian forces. The Pentagon released new photos intended to bolster its case that Iran was responsible for the attacks.

Iran has so far shown no willingness to negotiate another deal and vowed not enter into talks with the United States while the administration maintains its "maximum pressure" campaign of sanctions.