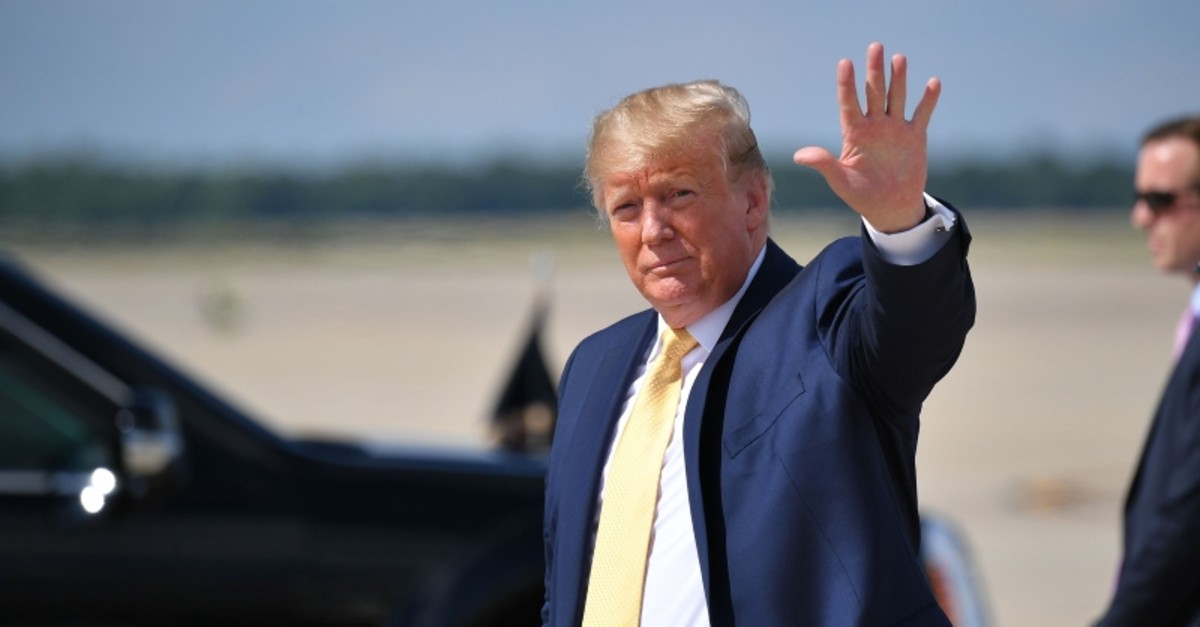 Asked how the United States will respond to Iran after Iran shot down an American drone, U.S. President Donald Trump told reporters, "You'll find out."

Trump called Iran's move "a very bad mistake" in remarks to reporters before a meeting with Canadian Prime Minister Justin Trudeau, but kept open the possibility of talks with Iran.

"I find it hard to believe it was intentional," Trump said at the White House in comments that appeared to downplay the incident, despite soaring tension in the strategic Strait of Hormuz area.

Trump told reporters in the Oval Office that the drone was unarmed and clearly in international waters and that it could have been shot down by someone who was "loose and stupid."

A few minutes earlier, a senior U.S. military officer had said Iran shot down the huge, unmanned American aircraft over international waters in an attempt to disrupt U.S. efforts to monitor the Persian Gulf area where Trump has blamed Iran for attacking shipping vessels.

Some members of Congress expressed alarm at the possibility of open conflict in the Middle East, especially after Trump's morning tweet that said only, "Iran made a very big mistake." But when asked about it later, he merely described the incident as a "new wrinkle" in escalating tensions between the U.S. and Iran — a "fly in the ointment."

Still he said the U.S. "will not stand for it."

"This attack is an attempt to disrupt our ability to monitor the area following recent threats to international shipping and free flow of commerce," he said.

The drone shootdown come against the backdrop of heightened tensions between the U.S. and Iran following Trump's decision to withdraw from Tehran's nuclear deal with world powers a year ago.

Iran recently has quadrupled its production of low-enriched uranium and threatened to boost its enrichment closer to weapons-grade levels, trying to pressure Europe for new terms to the 2015 deal.

In recent weeks, the U.S. has sped an aircraft carrier to the Middle East and deployed additional troops to the tens of thousands already in the region. Mysterious attacks also have targeted oil tankers as Iranian-allied Houthi rebels launched bomb-laden drones into Saudi Arabia.

All this has raised fears that a miscalculation or further rise in tensions could push the U.S. and Iran into an open conflict, some 40 years after Tehran's Islamic Revolution.