Pompeo lands in Jeddah for talks with Saudi Arabia, UAE on Iran 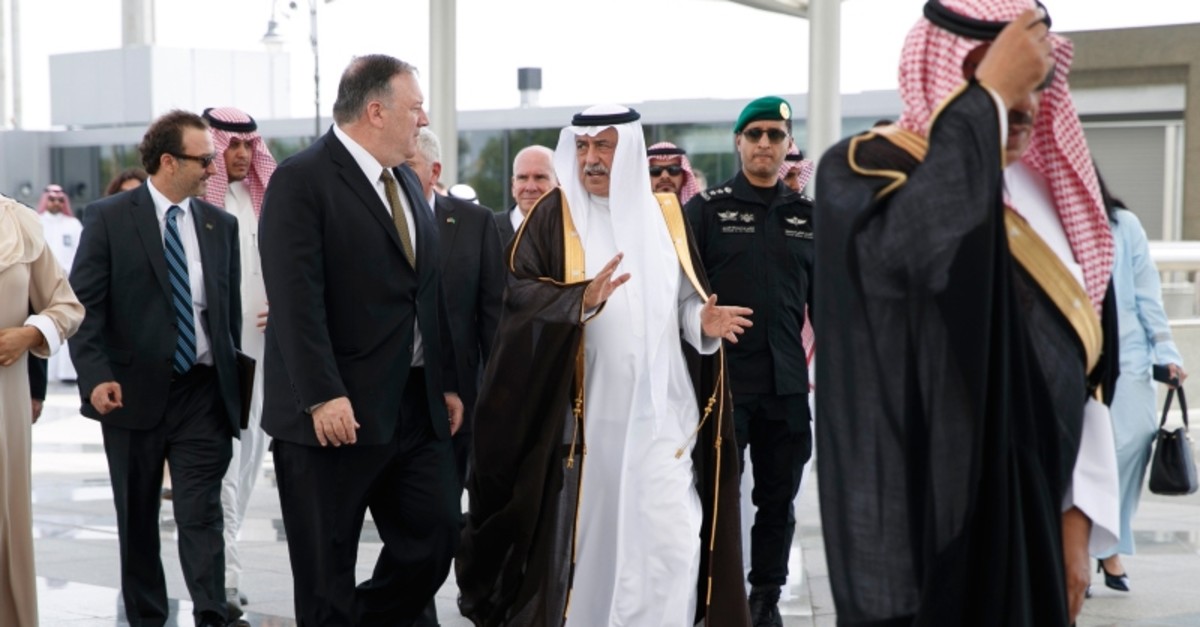 The top U.S. diplomat, who will proceed to the United Arab Emirates (UAE), told reporters before departing that Washington wanted talks with Tehran even as it planned to impose "significant" new economic sanctions.

"We'll be talking with (Saudi Arabia and the UAE) about how to make sure that we are all strategically aligned, and how we can build out a global coalition, a coalition...that understands this challenge," Pompeo said.

Pompeo began the visit with meetings with Saudi King Salman and separately with Crown Prince Mohammed bin Salman to discuss the escalated crisis in the Persian Gulf.

Relations between longtime foes Iran and the United States have deteriorated since Trump withdrew Washington a year ago from the 2015 accord that curbed Tehran's nuclear program in exchange for easing sanctions.

Tensions have flared following attacks in recent weeks on oil tankers in the Gulf which the United States blames on Iran, the shooting down of the drone last week, and repeated attacks on Saudi airports and oil installations by Yemen's Iran-aligned Houthis.

Tehran has denied involvement in the tanker attacks, which no one has claimed responsibility for.

It is unclear whether Pompeo will raise the murder of journalist Jamal Khashoggi after a U.N. report last week called for the Saudi crown prince and other senior officials to be investigated given credible evidence against them.

The report by the United Nations special rapporteur on extrajudicial executions, Agnes Callamard, called on the United States to open an FBI investigation into the killing of Khashoggi, who had been living in Washington.

The Trump administration is pressing the Saudis to show "tangible progress" toward holding to account those behind the killing and wants them to do so before the one-year anniversary of his death on Oct 2, a senior administration official told Reuters this month.

But Trump told NBC on Sunday he did not discuss the murder in a recent phone call with the crown prince. Asked if the FBI should investigate, he responded: "I think it's been heavily investigated."

The murder, by Saudi operatives inside the kingdom's Istanbul consulate, tarnished the crown prince's international standing. The CIA and some Western countries believe he ordered the killing, which Saudi officials deny.