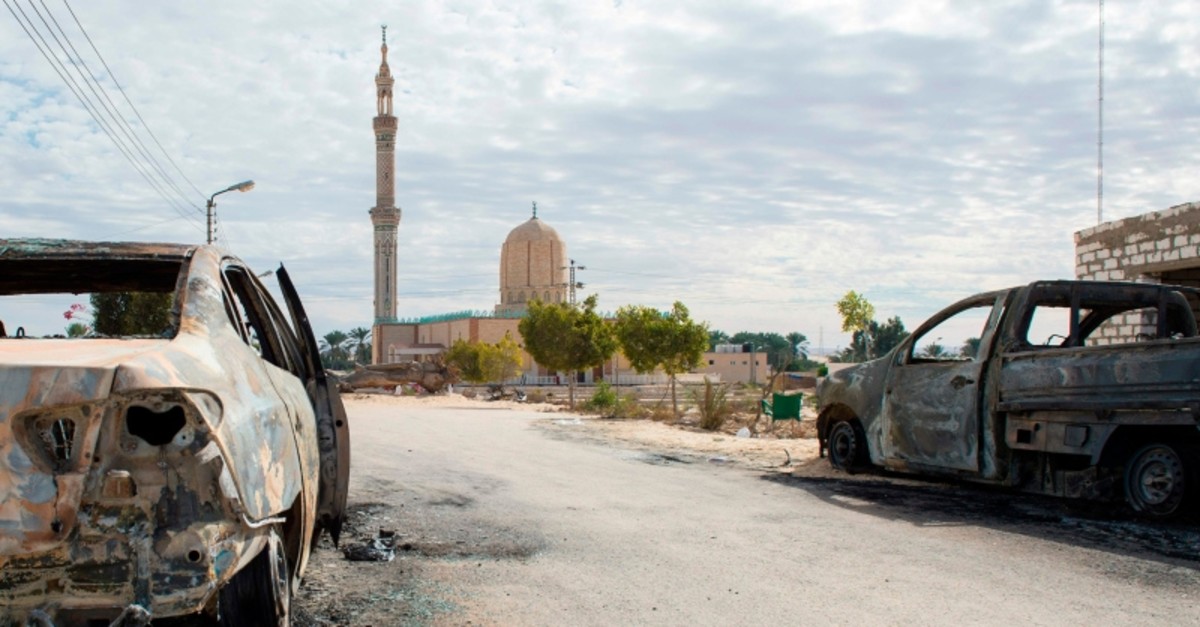 The attack near the regional capital El-Arish targeted an "assembly center" for police, according to the ministry.

Northern Sinai has long been a center of insurgents and Egyptian authorities last year launched an offensive against the militants.

Egypt's government has been battling militants centered in northern Sinai. The insurgency intensified after the military in 2013 ousted Egypt's first and only democratically elected President Mohammed Morsi, who died last week in a courtroom.