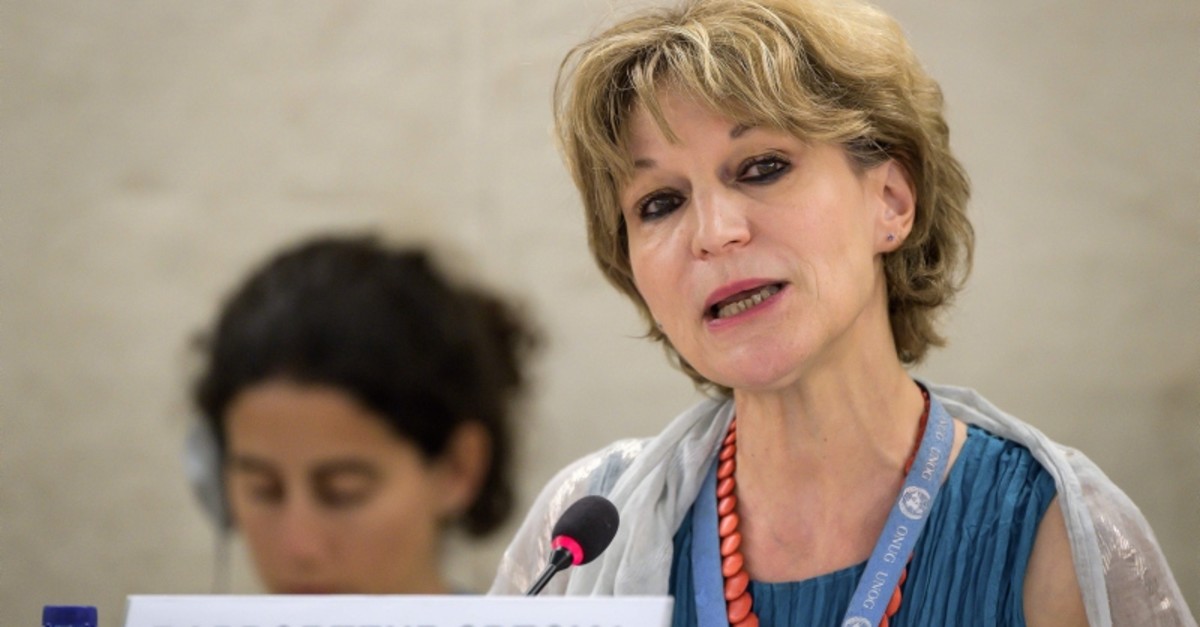 U.N.'s "paralysis" has prevented accountability for the brutal murder of Saudi journalist Jamal Khashoggi and the world body needs a new taskforce to ensure justice for such targeted killings, special rapporteur Agnes Callamard said on Wednesday.

U.N. special rapporteur on extrajudicial, summary or arbitrary executions Callamard urged the United Nations to strengthen its role in countering suspected assassinations of journalists and dissidents.

She also urged the U.N. to put in place "mechanisms" to protect journalists, rapidly react to threats against them, investigate suspected cases of targeted disappearances or killings, and help prepare the legal files for prosecution.

Callamard made the recommendations before the U.N. Human Rights Council in Geneva as she presented her damning report on the murder of Khashoggi, a Washington Post contributor and critic of Saudi Crown Prince Mohammed, who was at the Saudi consulate in Istanbul on October 2.

"The evidence gathered by the inquiry suggests that the killing of Mr. Khashoggi constituted an extrajudicial execution, an enforced disappearance and possibly an act of torture for which the state of the kingdom of Saudi Arabia is responsible," she told the council.

"The inquiry has found credible evidence, warranting further investigation, of high-level Saudi officials' liability, including that of the crown prince of Saudi Arabia," she said.

Saudi Arabia's envoy to the U.N. in Geneva, Abdulaziz Alwasil, slammed Callamard's report, charging that it relied on "prejudice and prefabricated ideas", while accusing her of exceeding her mandate.

Callamard is an independent human rights expert who does not speak for the U.N. but who reports her findings to it.

She stressed that her report was a human rights inquiry and not a criminal investigation.

Callamard said she had been spurred to investigate Khashoggi's death "by what I perceived to be the paralysis of the United Nations."

In her report, she questioned the credibility of a Saudi investigation into the case and argued that Khashoggi's killing fell under "universal jurisdiction".

She called on the U.N. Secretary-General Antonio Guterres to initiate an international criminal probe, but acknowledged Wednesday that his doing so required a demand from "one member state".

So far, no country has taken that step.

"If the international community ignores a targeted killing designed to silence peaceful expression of independence of mind, it puts at risk the protections on which all human rights depend," Callamard warned the council.

Specifically, she called for a rapid-intervention taskforce to probe specific cases, help national authorities with their investigations, and also help identify which international actors are responsible for ensuring the protection of threatened journalists.

She also urged the creation of a separate "permanent instrument" to investigate allegations of targeted killings or disappearances and prepare files for use in court.

Several countries at the council voiced interest in her proposal, but questioned how the taskforce could be implemented.