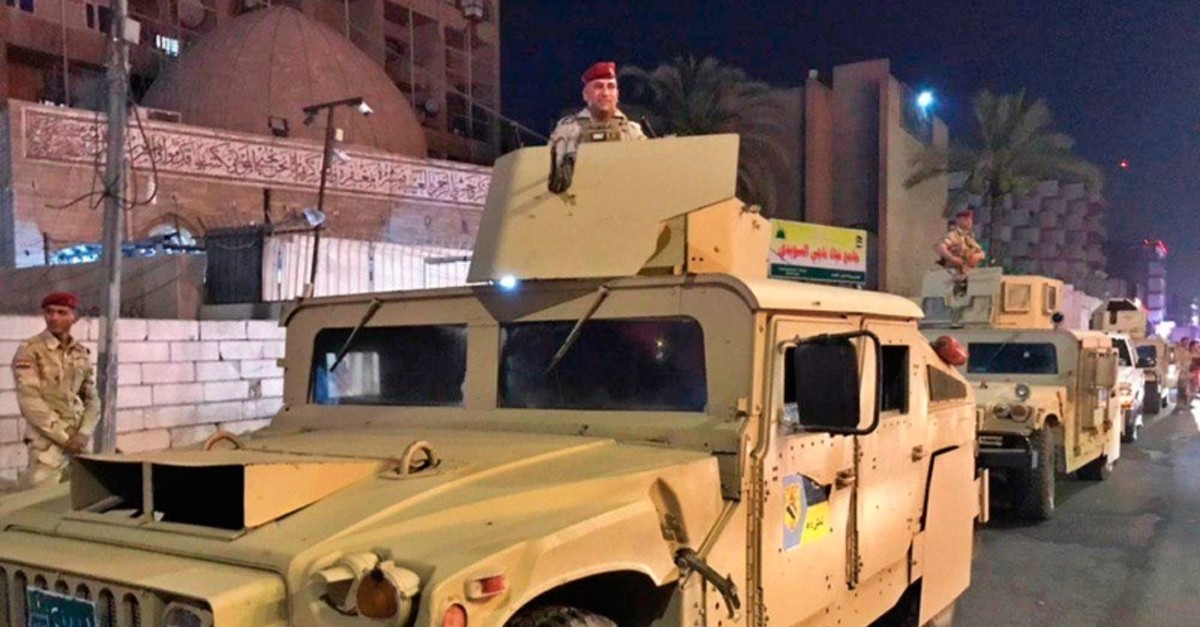 Dozens of Iraqi demonstrators stormed into the garden of the Bahraini embassy in Baghdad late Thursday to protest the US-sponsored conference on Palestinian economic development that was held in Bahrain's capital this week, eyewitnesses told dpa.

The protestors managed to enter the garden of the embassy, which is located in the al-Mansour neighbourhood in the western sector of the city.

Videos circulating on social media showed the protesters removing an embassy sign. They also took down the Bahraini flag and raised Palestinian flags instead.

Security forces rushed to the scene to disperse the protesters and then deployed security around the embassy, witnesses said.

Bahrain's Foreign Ministry denounced late Thursday the attack by Iraqi demonstrators on its embassy in Baghdad and recalled its ambassador for consultations.

"The Foreign Ministry strongly condemns the attack on the Bahraini embassy in the brotherly Iraqi Republic which led to act of sabotage in the embassy complex," the statement said.

The statement added that the foreign ministry has decided to recall its ambassador to Iraq, Salah Ali al-Malki, for consultations.

It also held the Iraqi government responsible for protecting the embassy of Bahrain and its staff.

Al Yasiri who visited the embassy of Bahrain after the attack and met with its ambassador told the television that "security of embassies and missions is a red line.."

The US-sponsored conference which was held in Bahrain on Wednesday focused on the need for job-generating investments in the West Bank and Gaza, as well as good governance and accountability.

The meeting came after the White House unveiled the economic portion of its so-called "Deal of the Century," the long-awaited Middle East peace initiative led by Jared Kushner, President Donald Trump's adviser and son-in-law.

Washington said the plan could generate 50 billion dollars in investment over 10 years for the Palestinians. Critics say it places too much emphasis on the economy and too little on the political realities that have made securing a peace deal so elusive. The Palestinian leadership has boycotted the conference.