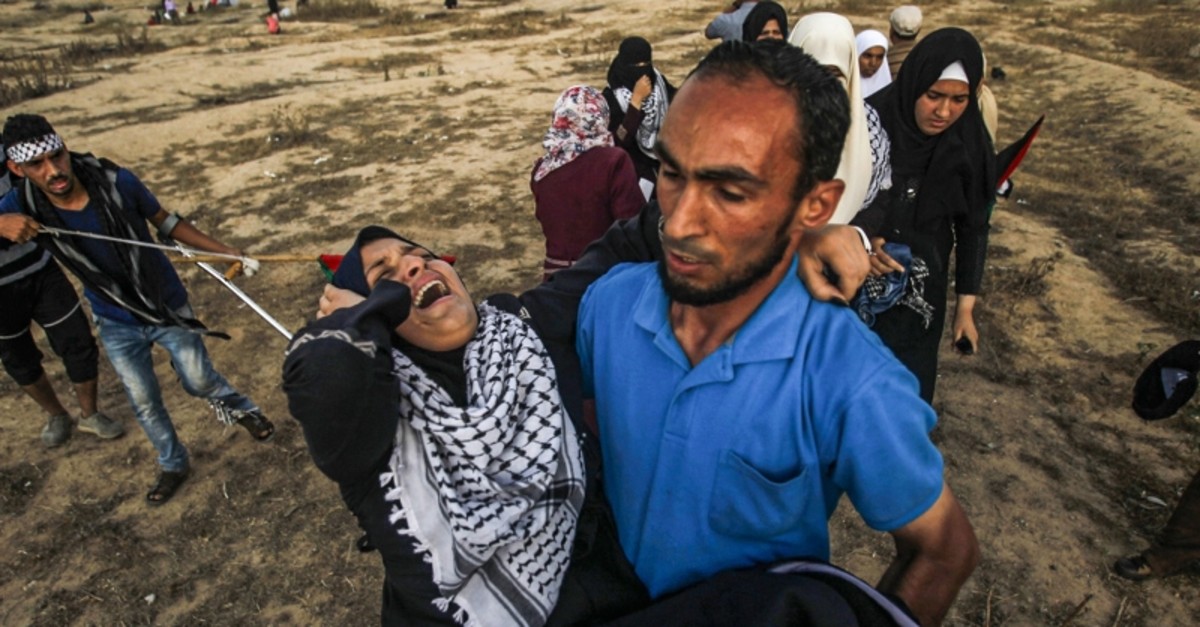 A Palestinian man carries way an injured woman during clashes with Israeli forces near the fence along the border with Israel, near Bureij in the central Gaza Strip on June 28, 2019. (AFP Photo)
by Anadolu Agency
Jun 28, 2019 10:37 pm

Israeli security forces injured 21 Palestinian protesters on Friday at an anti-settlement demonstration in the illegally blockaded Gaza Strip, according to Gaza's Health Ministry. 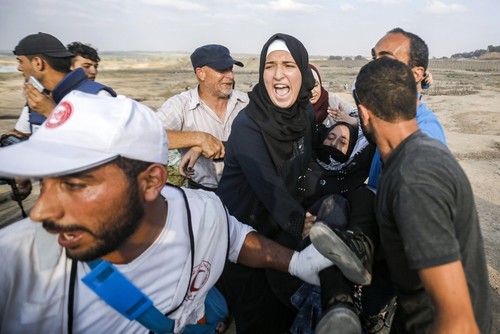 Six health workers and one journalist are among the injured, said the ministry, without disclosing further details.

Since March of last year, Gazans have held weekly rallies along the buffer zone to demand the right of Palestinian refugees to return to their homes in historical Palestine from which they were driven in 1948 to make way for the new state of Israel. 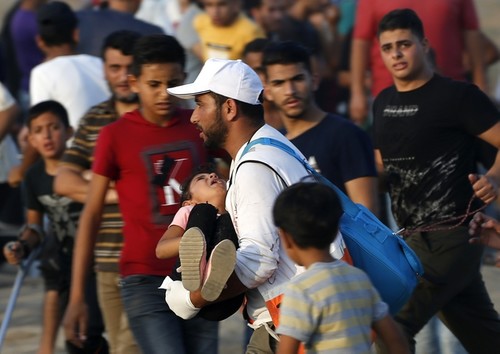 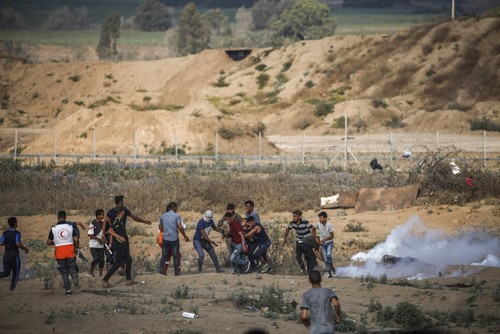 Since the rallies began more than one year ago, scores of protesters have been killed -- and thousands more injured -- by Israeli troops deployed near the buffer zone.