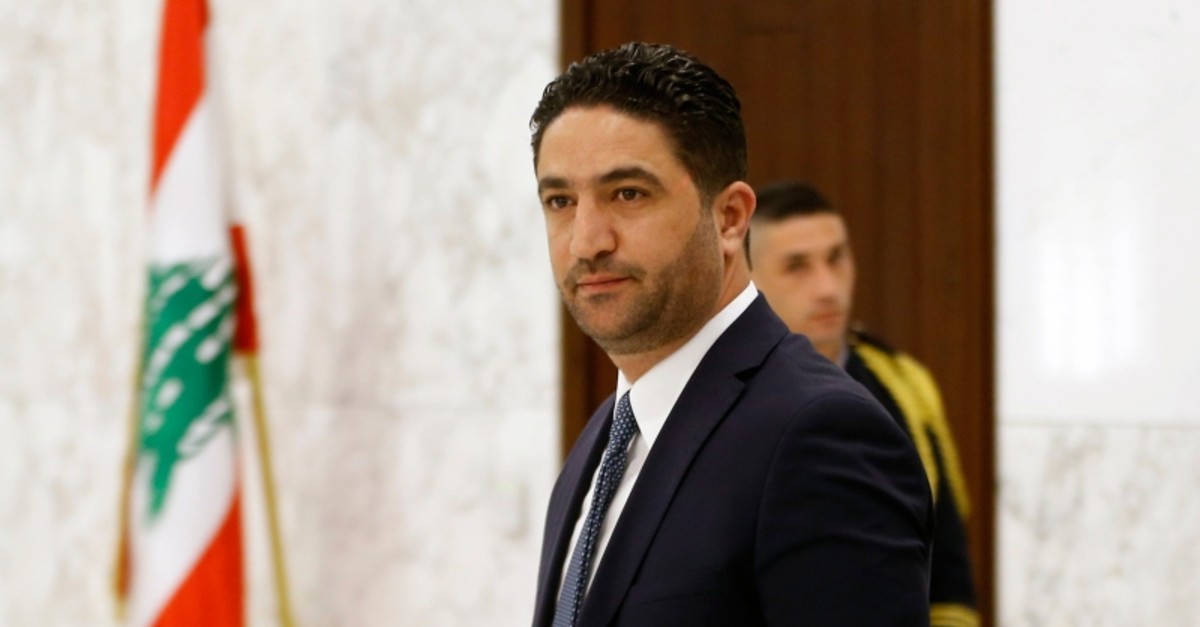 This Feb 2, 2019 photo, shows Minister of State for Displaced Affairs Saleh al-Gharib arriving to attend a meeting of the Lebanese cabinet at the Presidential Palace in Baabda, east of Beirut, Lebanon. (AP Photo)
by Compiled from Wire Services
Jun 30, 2019 7:49 pm
Two aides to a Lebanese Druze minister were killed on Sunday when his convoy came under fire as it passed through an area loyal to a rival Druze faction, in what the minister called an assassination attempt.

Saleh al-Gharib, the minister of state handling refugee issues, told local TV he was heading to the mountain village of Qabr Shamoun when his convoy came under fire.

Al-Gharib is a member of a party allied with the Hezbollah group and supportive of the Syrian regime, and is close to pro-Syrian Druze leader Talal Arslan.

The Mount Lebanon town near Aley where the incident took place is an area of support for Druze leader Walid Jumblatt, a fierce opponent of the Syrian government. His Popular Progressive Party (PSP) denied any involvement.

In an interview with Lebanon's al-Jadeed TV, Gharib said the incident had been "an armed ambush and a clear assassination attempt."

"There appears to be a decision to blow up the situation on the mountain," he said.

The tensions started with a plan by Foreign Minister Gebran Bassil, a Maronite Christian who is a political ally of Arslan, to visit the area, which led protesters to block roads.

Bassil canceled the visit, described as provocative by the PSP, because of the protests.

Defense Minister Elias Bou Saab told the broadcaster LBC that the army had deployed heavily in the area and called for calm.

Akram Chehayeb, a senior PSP official and minister of education, also urged calm, saying: "What happened is the result of poor judgment by some officials and is a recipe for strife on the Mountain."