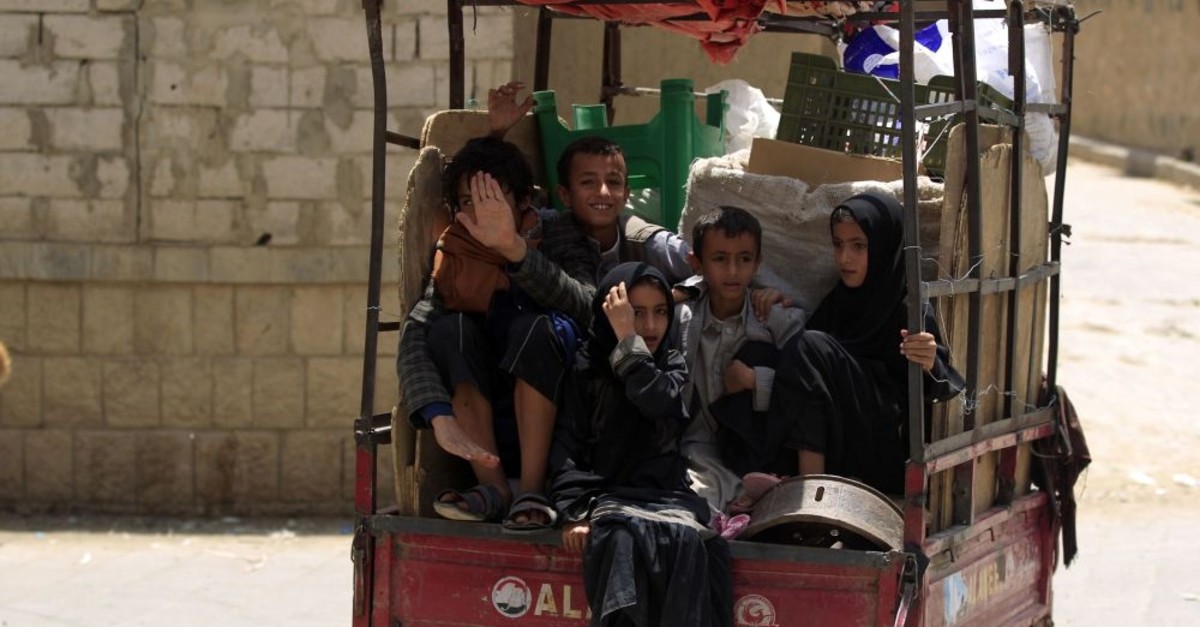 The number of Yemeni children infected with deadly cholera has already eclipsed the total of the previous year, with at least 193 dying of the illness this year

The brutal war in Yemen has worsened the humanitarian situation for civilians in the country, with at least 193 children having died this year from cholera-related illnesses, according to Save the Children.

In a statement on Monday, the U.K. charity revealed that the country has seen more suspected cholera cases in the first half of this year than in the whole of 2018. A total of 439,812 suspected cholera cases have so far been identified, with some 203,000 children among those affected, Save the Children said. As Yemenis have suffered from acute malnutrition, the report noted that malnourished children are at least three times more likely to die due to their weakened immune systems.

Cholera is an intestinal infection that causes severe diarrhea, which in turn could lead to dehydration and sometimes death. It is contracted through bacteria-infected water and food.

"Disease outbreaks are now rife due to the collapse of the health system and weak sanitation systems and a population made increasingly vulnerable by forced displacement and malnutrition. The health system is under considerable stress, with only half of the health facilities functional while the rest of the facilities remaining closed or are partially functional," Tamer Kirolos, Save the Children's country director in Yemen, said.

Saudi Crown Prince Mohammed bin Salman, who was a former Saudi defense minister, and Saudi Arabia's allies launched Operation Decisive Storm in March 2015. The ongoing war has resulted in the worst humanitarian crisis in the world, with an estimated 24 million people, close to 80 percent of the population, in need of assistance and protection in Yemen, according to the U.N. The World Health Organization (WHO) says some 10,000 people have been killed since the coalition intervened in 2015, but rights groups state the death toll could be five times higher. Amid a series of international warnings, continuing military support from Western countries, which includes arms sales for the Saudi-led coalition, has prompted further fears of escalation in the humanitarian crisis in the country.

The United Arab Emirates (UAE) has drawn down its troop levels in Yemen but remains a key member of the Saudi-led coalition at war with Iran-aligned rebels there, a senior Emirati official said Monday. The official confirmed that UAE troop levels are down, describing it as a "strategic redeployment." The official declined to disclose how many soldiers have left Yemen and how many remain.

"Definitely, we do have troop levels that are down for reasons that are strategic in Hodeida and reasons that are tactical," the official said, referring to the Yemeni port city where a U.N.-brokered cease-fire is supposed to be in place.

Talking to journalists in Dubai, the official said it makes sense to redeploy away from Hodeida and by extension from the UAE's military base at Eritrea's Port of Assab, which was a staging ground for Emirati operations in Hodeida. In response to the UAE'S latest move, Yemeni rebels yesterday called for the full withdrawal of the Saudi-led military coalition. "We call on the aggressors to withdraw from Yemen, as the Republic of Yemen rejects aggression, siege and air embargo," tweeted Mohammed Ali al-Huthi, head of the rebels' Higher Revolutionary Committee and an influential political figure. "Withdrawing from Yemen is the ideal decision that must be taken at this time," he added.