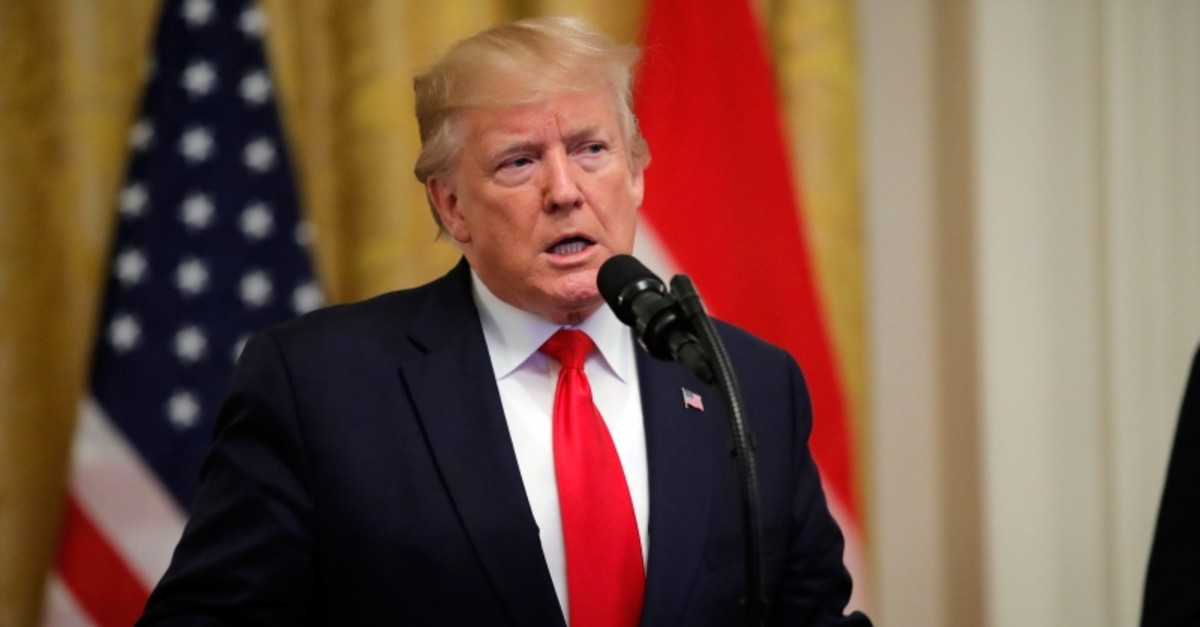 President Donald Trump says a U.S. warship destroyed an Iranian drone in the Strait of Hormuz amid heightened tensions between the two countries.

Trump says it's the latest "hostile" action by Iran. He's calling on other countries to condemn what he says are Iran's attempts to disrupt the freedom of navigation and global commerce in the strategic waterway in the Persian Gulf region.

Trump says the USS Boxer took defensive action after the drone closed to within 1,000 yards of the warship and ignored multiple calls to stand down.

The downing of the drone comes at a time of mounting tensions in the Gulf region between the US and Iran which has been slapped with a raft of sanctions by the Trump administration.

"This is the latest of many provocative and hostile actions by Iran, against vessels operating in international waters," said Trump.

"The United States reserves the right to defend our personnel, our facilities, and interests and calls upon all nations to condemn Iran's attempts to disrupt freedom of navigation and global commerce.

"I also call on other nations to protect their ships as they go through the Strait and to work with us in the future."

The president says the drone threatened the safety of the American ship and its crew.

"We have no information about losing a drone today," Iranian Foreign Minister Mohammad Javad Zarif said as he arrived at United Nations headquarters for a meeting with Secretary-General Antonio Guterres.

Tensions in the strait have flared in recent months following Trump's decision to reimpose sanctions on Iranian crude oil exports that were lifted as part of a 2015 nuclear accord between Tehran and world powers.

Iran recently shot down a U.S. drone that it said was flying over Iran. Trump called off a planned retaliatory airstrike at the last minute.