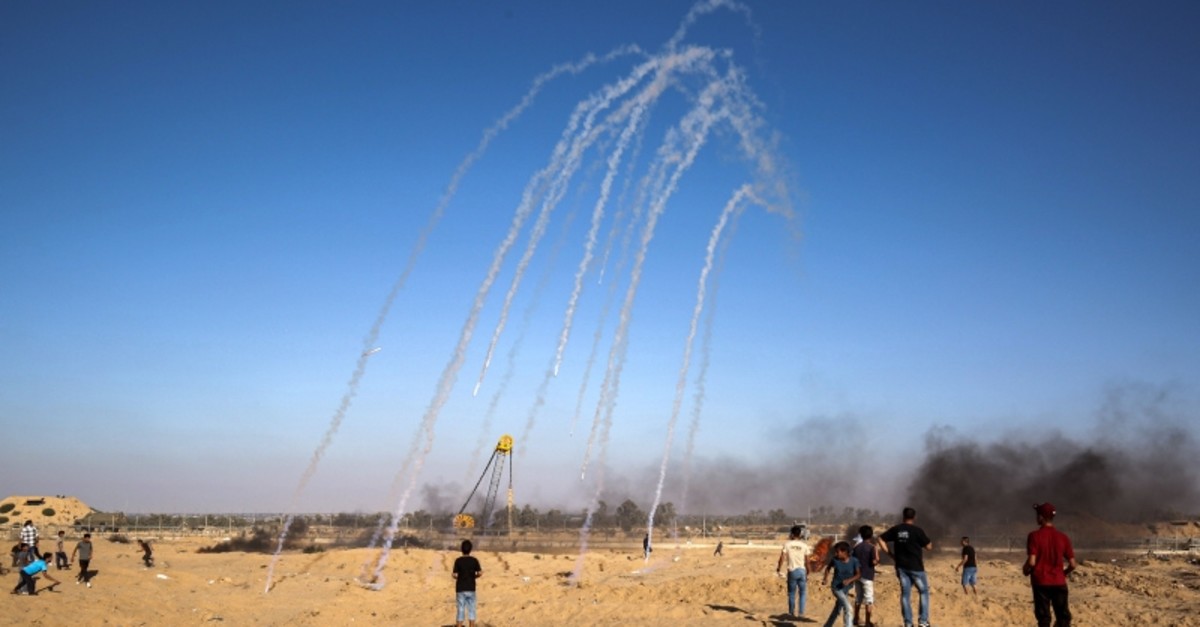 Tear gas canisters fired by Israeli forces across the fence fall amongst Palestinian protesters demonstrating along the border near Rafah in the southern Gaza Strip on July 19, 2019. (AFP Photo)
by Anadolu Agency Jul 19, 2019 7:45 pm
Ninety-seven Palestinians were injured during protests along Gaza border on Friday, according to health ministry.

The protesters converged near a security fence that separates Gaza Strip from Israel to demonstrate against Israel's decadeslong occupation of Palestinian territories.

Of those injured, 47 were harmed by live ammunition, said the ministry. Among the injured are two medical staff and two journalists.

No further information has been given about the state of the injured protesters.

Gaza's National Authority for Return and Breaking the Siege (NARBS), which organizes weekly rallies, called on Palestinians to attend the demonstration and affirm their right to return to their villages in historical Palestine.

Earlier on Friday, the NARBS warned Israel against any "escalation" against the Palestinian peaceful protestors.

Since the Gaza rallies began in March last year, nearly 270 protesters have been martyred -- and thousands more wounded -- by Israeli troops deployed near the buffer zone.

Demonstrators demand an end to Israel's 12-year blockade of the Gaza Strip, which has shattered the coastal enclave's economy and deprived its 2 million inhabitants of many basic amenities.