Iran says footage disproves US claim that it downed drone 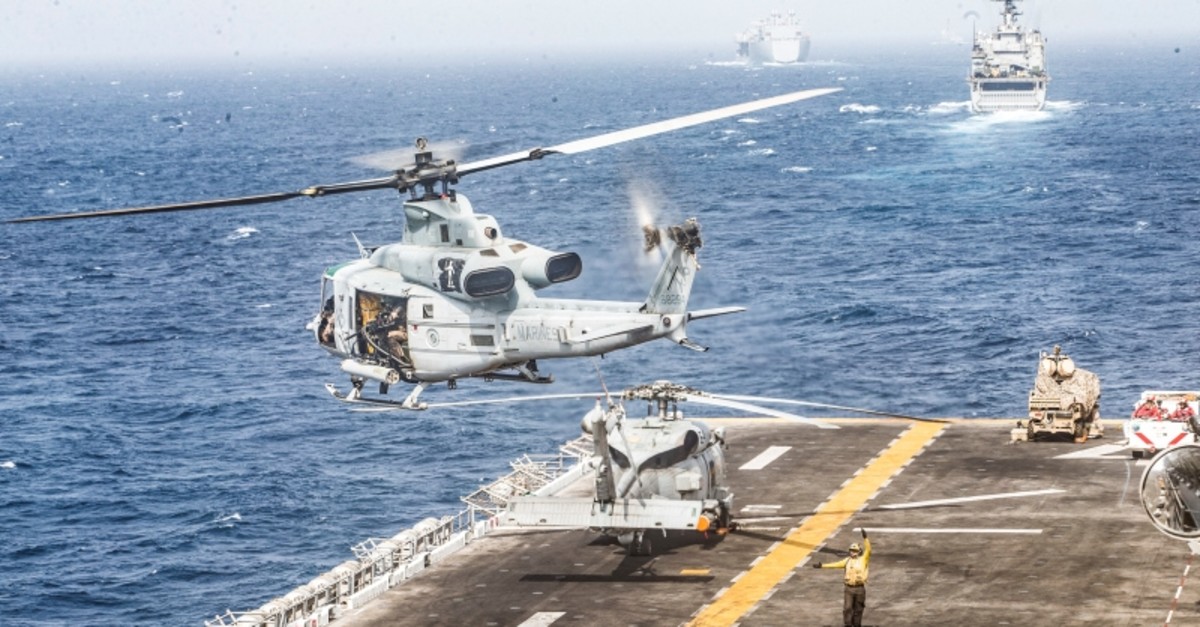 The video published by the Revolutionary Guards showed aerial views of warships. The television station said the drone had captured the footage and timing notations showed the drone was still filming after Washington said it had been downed in the Strait of Hormuz.

Trump said on Thursday that the drone had flown to within 1,000 yards (900 meters) of the U.S. warship Boxer and had ignored "multiple calls to stand down."

"We have not lost any drone in the Strait of Hormuz nor anywhere else," Araghchi wrote on Twitter. "I am worried that USS Boxer has shot down their own UAS by mistake!"

A spokesman for the Iranian armed forces said all of the country's drones were accounted for.

"Contrary to Trump's claim, all Iranian drones returned to military bases after their operations in the Gulf," Abolfazl Shekarchi said in a statement quoted by the Tasnim News Agency.

He added that Iran complies with all international laws regarding drone flights.

The drone incident is the latest flare up in the Strait of Hormuz, a narrow strategic shipping route for oil that passes between Iran and the Arabian Peninsula.

Iranian forces this month have attempted to stop a British ship but were fended off by the British military. The U.S. has also accused Iran of attacks on tankers, though Tehran denies involvement.