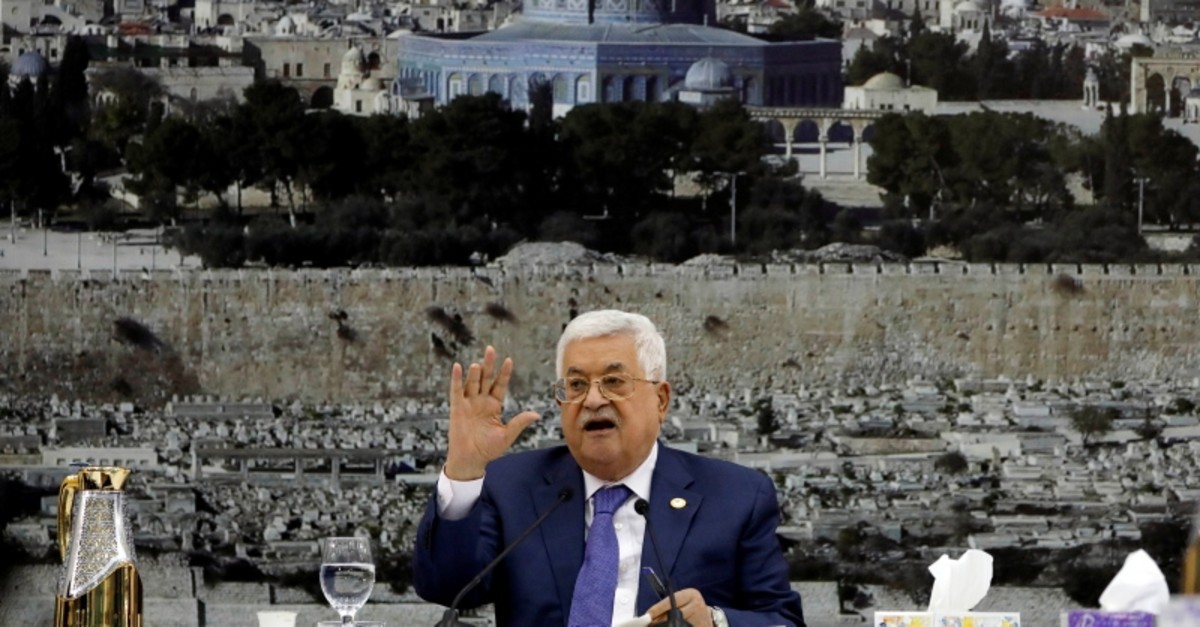 Palestinian President Mahmoud Abbas gestures as he speaks during a meeting with the Palestinian leadership in Ramallah, in the Israeli-occupied West Bank July 25, 2019. (Reuters Photo)
by Daily Sabah with Wires Jul 25, 2019 9:41 pm

Palestine's President Mahmoud Abbas said Thursday he has decided to stop implementing agreements with Israel amid worsening relations between the two sides.

"We announce the leadership's decision to stop implementing the agreements signed with the Israeli side," he said after a meeting of the Palestine Liberation Organization (PLO) in Ramallah city of the occupied West Bank.

Mechanisms will be set in order to implement the decision, Abbas said.

"We will not bow to dictates and imposing a fait accompli by force in Jerusalem and elsewhere," he said, apparently in reference to Israeli government's recent demolition of dozens of Palestinian houses in occupied East Jerusalem.

The Palestinian president said the move comes after the insistence of the Israeli occupation authority to ignore the signed agreements with the Palestinian side.

Abbas called on the international community to take a stand on Israeli violations in the Palestinian territories.

He affirmed it was time to implement the Cairo 2017 agreement brokered by Egypt, referring to a reconciliation deal signed between Palestinian political parties Hamas and Fatah

On Monday, bulldozers accompanied by hundreds of Israeli soldiers moved into the neighborhood of Wadi Homs in East Jerusalem and began to raze several buildings in the area.

Israeli authorities claim that the buildings were constructed without a permit.

Israel occupied East Jerusalem, where the flashpoint Al-Aqsa Mosque compound is located, during the 1967 Arab-Israeli War.

In a move never recognized by the international community, Israel annexed the entire city in 1980, claiming it the self-proclaimed Jewish state's "eternal and undivided" capital.

Jerusalem remains at the heart of the decades-long Middle East dispute, with Palestinians hoping that East Jerusalem might one day serve as the capital of a Palestinian state.