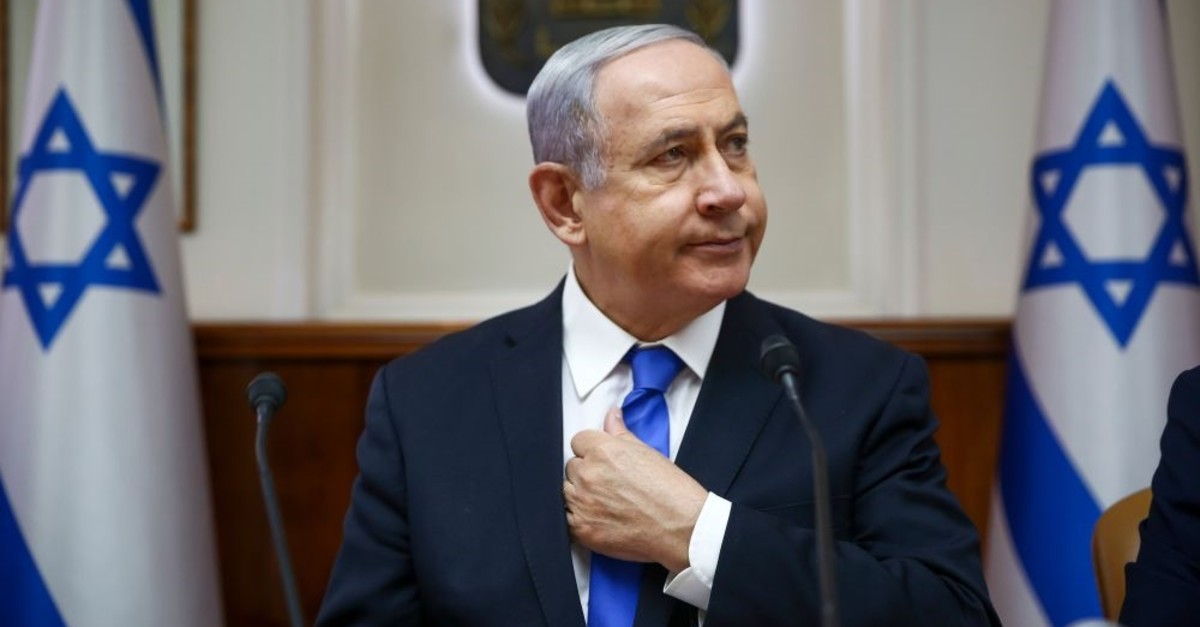 September elections could determine the future of the two-state solution for the Middle East conflict, with left-wing Israeli parties united to counter Israeli Prime Minister Benjamin Netanyahu and his policies

With just a week left to present the final lists for September's elections, a trio of forces on the Israeli left, including former Prime Minister Ehud Barak, united yesterday, looking to pose a powerful contrast to Prime Minister Benjamin Netanyahu's conservative ruling Likud party. Aiming to end Netanyahu's long tenure as Israel's leader, the September election would test whether the country will continue moving toward a one-state reality that is destructive for all sides, with unequal rights for Palestinians living under the Israeli occupation.

In a joint statement, The Democratic Camp alliance said it would be made up of Barak's Democratic Israel faction, the dovish Meretz party and senior Labor Party official Stav Shaffir. Making a political comeback, Barak has been polling poorly since forming his Democratic Israel party a month ago. He has called for the creation of a strong bloc of center-left parties to challenge Netanyahu's right-wing Likud and its allies. Democratic Israel appears to have seized the mantle of peacemaking with the Palestinians and is poised to reintroduce an agenda that has long been missing from the Israeli political discourse.

The leftist bloc's move appeared be facilitated by Barak's apology earlier this week for the killing of 13 Arab protesters by Israeli police in 2000 while he was prime minister. Meretz relies heavily on support among Israel's Arab minority, and one of their prominent Arab lawmakers had called on Barak to apologize. In early October 2000, Arab citizens of Israel staged a series of protests over several days in solidarity with Palestinians in the West Bank and Gaza Strip at the outset of the second Palestinian uprising. The protesters blocked roads and hurled firebombs and stones at police, who responded with live rounds. Barak was prime minister at the time.

In April, Netanyahu secured his fifth term but was unable to form a majority coalition government due to infighting between religious and secular parties. To avoid giving his opponents a chance to build an alternative government, he dissolved parliament and forced an unprecedented new election campaign.

Netanyahu is making a concerted effort to ensure his political survival. Netanyahu's supporters credit him with keeping Israel relatively safe and prosperous, maintaining its Jewish character and Israel as the Nation State of the Jewish People, as well as boosting Israel's standing internationally. He found a chance to create distractions from the allegations around him and make people focus on foreign issues, primarily the alleged threat posed by Iran. Considering the fact that foreign policy and the conflict with the Palestinians are the leading topics in Israeli politics, Netanyahu played his cards very aptly. Each time he highlighted that U.S. President Donald Trump was supporting him.

The Trump administration moved the U.S. Embassy from Tel Aviv to Jerusalem, which is internationally recognized as under Israeli occupation. Moreover, the "occupied" label was omitted from U.S. government reports while referencing the Palestinian lands that are occupied by Israeli settlers. Finally, a few weeks ago Trump said the Israeli sovereignty over the occupied Golan Heights had to be recognized. The U.S. decision to label the Iranian Revolutionary Guards as a terror group has also been welcomed by Netanyahu, as he considers Iran the main national security threat to his country. Therefore, it was clear for the Israeli people that keeping Netanyahu in power will consolidate Israel's position in the region, with Trump's generous support.