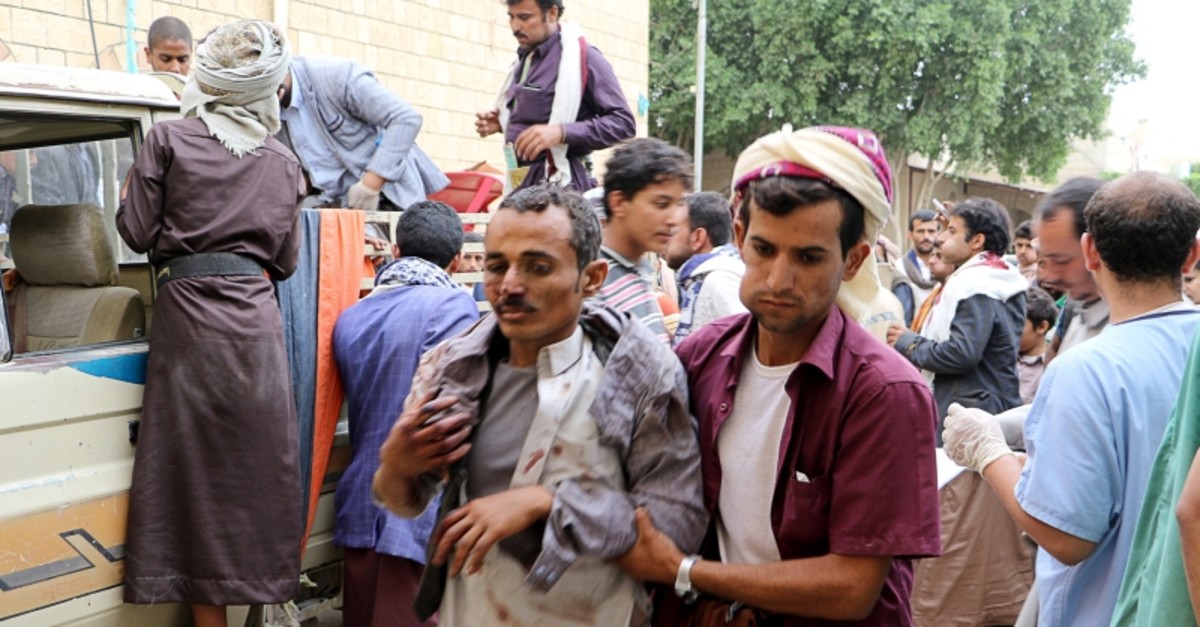 A man injured by an air strike on a market in Yemen's Saada province arrives to receive medical attention at a local Al Jomhouri hospital in Saada, Yemen July 29, 2019 (Reuters Photo)
by Compiled from Wire Services Jul 29, 2019 10:35 pm

Thirteen civilians including two children were killed in a Saudi artillery strike in northern Yemen on Monday in response to a rebel attack on a Saudi base, medics said.

They said the strike on the Al-Thabit Al-Shaabi district of Saada province, a stronghold of the Houthi rebel group, also wounded 26 people, 12 of them children.

The officials spoke on condition of anonymity because they weren't authorized to brief the media. There was no immediate comment from the coalition.

The Houthi-run Health Ministry said the airstrike wounded another 27 people.

The Saudi-led coalition has been battling the Houthi rebels on behalf of an internationally recognized government since 2015 in a war that has killed tens of thousands of people. The coalition faces widespread international criticism for airstrikes that have killed civilians.

The rebels control much of northern Yemen, including the capital, Sanaa.

The stalemated conflict has claimed tens of thousands of lives, thrust millions to the brink of famine and spawned the world's most devastating humanitarian crisis.