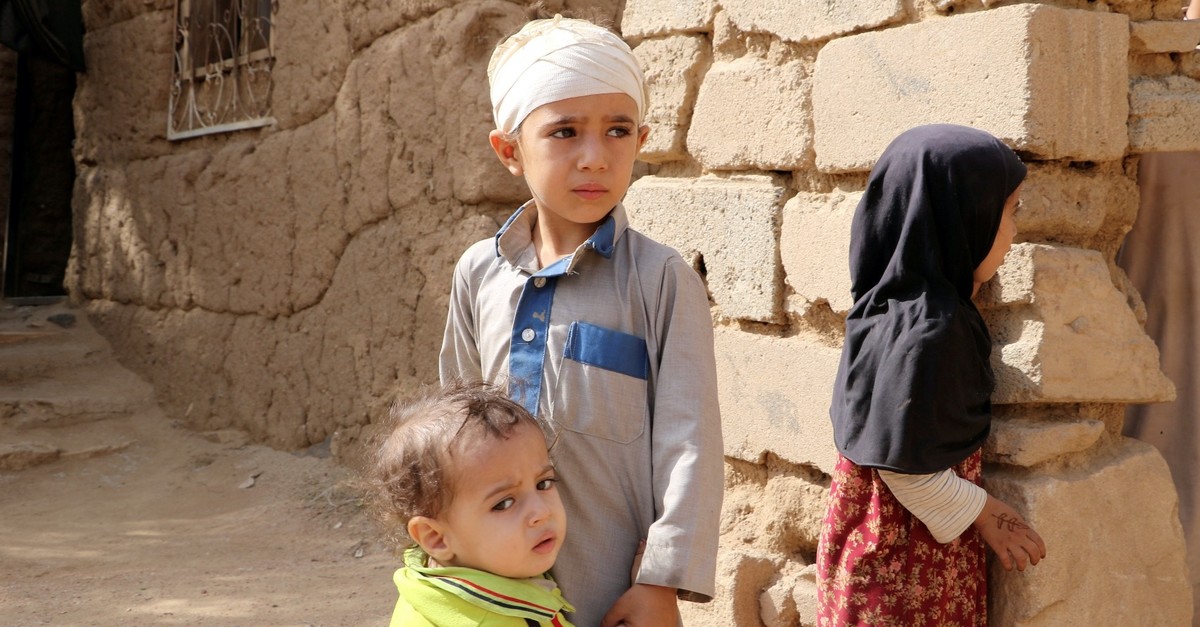 The U.N. blamed Saudi Arabia and Israel for the killing and wounding of hundreds of Yemeni and Palestinian children while blacklisting the Saudi-led coalition forces for a third year

The Saudi Arabia-led military coalition fighting in Yemen killed or injured 729 children during 2018, accounting for nearly half the total child casualties, according to the annual children and armed conflict report produced at the request of the U.N. Security Council. The report also revealed that last year was the highest number of Palestinian children had been killed or injured since 2014, mainly by Israeli forces.

The U.N. has blacklisted the Saudi coalition for a third year in a row.

The Saudi coalition has been briefly added to the blacklist in 2016 and then removed by then U.N. Secretary-General Ban Ki-moon pending review. At the time, Ban accused Saudi Arabia of exerting "unacceptable" undue pressure after sources told Reuters that Riyadh threatened to cut some U.N. funding. Saudi Arabia denied threatening Ban.

Saudi Crown Prince Mohammed bin Salman, who is the former Saudi defense minister, and Saudi Arabia's allies launched Operation Decisive Storm in March 2015. The ongoing war has resulted in the worst humanitarian crisis in the world. The coalition led by Saudi Arabia and the United Arab Emirates (UAE) has prompted further fears of escalation in the humanitarian crisis in the country amid continuing military support from Western countries, which includes arms sales.

Save the Children reported in March that 37 Yemeni children a month had been killed or injured by foreign bombs in the last year. Many atrocities have been reported so far, which have revealed multiple violations of human rights. The Saudi-led coalition has continued to target houses and a school in a residential area in the rebel-held cities.

The report aimed to shame parties to conflicts in the hope of pushing them to implement measures to protect children, has long been controversial with diplomats saying Saudi Arabia and Israel both exerted pressure in recent years in a bid to stay off the list.

In 2015 the U.N. criticized Israel over its 2014 military operations. Israel denied lobbying then Secretary-General Ban Ki-moon on the issue.

Last year, the report verified that 59 Palestinian children had been killed, 56 by Israeli forces, and another 2,756 injured, while six Israeli children were injured. The report found Israeli forces injured some 2,674 children "in the context of demonstrations, clashes and search and arrest operations."

António Guterres, secretary-general of the United Nations, urged "Israel to immediately put in place preventive and protective measures to end the excessive use of force" and "all Palestinian actors to refrain from encouraging children's participation in violence."

In a press release last year, the Defense for Children International-Palestine, which advocates for the rights of Palestinian children in the Israeli-occupied Palestinian territories, asserted that Israeli forces had deliberately killed minors with live ammunition during protests. Israel has responded to the rallies, still held every Friday, with deadly force, killing more than 220 Palestinians and injuring thousands more. Israel was criticized by a U.N. human rights body for its killing of protesters in Gaza and for its treatment of Palestinians, declaring it a "war crime" under the Statute of Rome. The high casualty toll triggered a diplomatic backlash against Israel and new charges of excessive use of force against unarmed protesters.