Iran abandons limits of nuclear deal over US killing of general 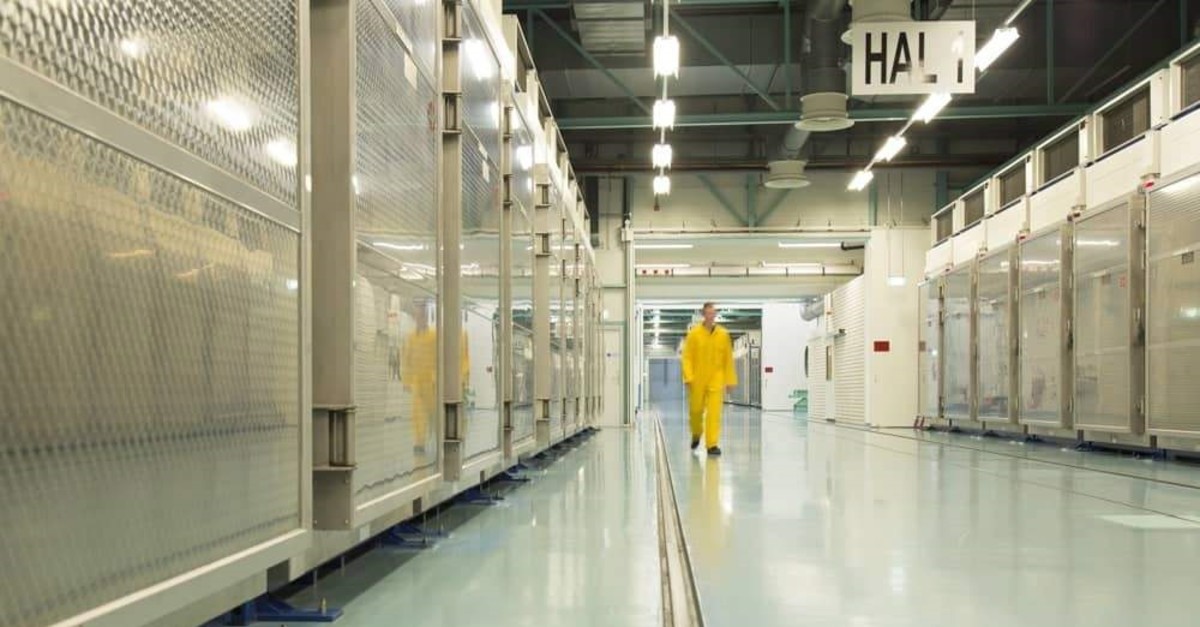 Iran said Sunday it would no longer abide by any of the limits of its unraveling 2015 nuclear deal with world powers after a U.S. airstrike killed a top Iranian general in Baghdad, abandoning the accord's key provisions that block Tehran from having enough material to build an atomic weapon.
Iran insisted in a state television broadcast it remained open to negotiations with European partners, who so far have been unable to offer Tehran a way to sell its crude oil abroad despite U.S. sanctions. It also didn't back off of earlier promises that it wouldn't seek a nuclear weapon.
However, the announcement Sunday represents the clearest nuclear proliferation threat yet made by Iran since President Donald Trump unilaterally withdrew from the accord in May 2018. It also further raises regional tensions, as Iran's longtime foe Israel has promised never to allow Iran to be able to produce an atomic bomb.
The announcement came Sunday night after another Iranian official said it would consider taking even-harsher steps over the U.S. killing of Gen. Qassem Soleimani on Friday. Hundreds of thousands of people flooded the streets Sunday in Iran to walk alongside a casket carrying the remains of Soleimani, the former leader of its expeditionary Quds Force that organizes Tehran's proxy forces in the wider Mideast.
The leader of one such proxy, Lebanon's Hezbollah, said Soleimani's killing made U.S. military bases, warships and service members spread across the region fair targets for attacks. A former Revolutionary Guard leader suggested the Israeli city of Haifa and "centers" like Tel Aviv could be targeted.
Iran's state TV cited a statement by President Hassan Rouhani's administration saying the country will not observe limitations on its enrichment, the amount of stockpiled enriched uranium as well as research and development in its nuclear activities.
"The government of the Islamic Republic of Iran has in a statement announced its fifth and final step in reducing Iran's commitments under the JCPOA," a state TV broadcaster said, using an acronym for the deal. "The Islamic Republic of Iran no longer faces any limitations in operations."
It did not elaborate on what levels it would immediately reach in its program.
The International Atomic Energy Agency, the United Nations watchdog observing Iran's program, did not immediately respond to a request for comment. However, Iran said that its cooperation with the IAEA “will continue as before.”
Meanwhile, Iraq's parliament voted in favor of a resolution calling for an end of the foreign military presence in their nation, an effort aimed at expelling the 5,000 U.S. troops stationed there over the war against the Daesh terror group.
Soleimani's killing has escalated the crisis between Tehran and Washington after months of trading attacks and threats that have put the wider Middle East on edge.
Iran has steadily overstepped the deal’s limits on its nuclear activities in response to the United States’ withdrawal from the accord in 2018 and Washington's reimposition of sanctions that have crippled Iran’s oil trade.
Tehran says it can quickly undo those breaches if those sanctions are removed.
Under the nuclear deal, Tehran undertook to curb its nuclear activities in exchange for a lifting of many international sanctions.
Trump's withdrawal of the United States from the deal led to a sharp deterioration in U.S.-Iran relations. European powers are trying to salvage the agreement, but Iran has repeatedly said they are not doing enough.