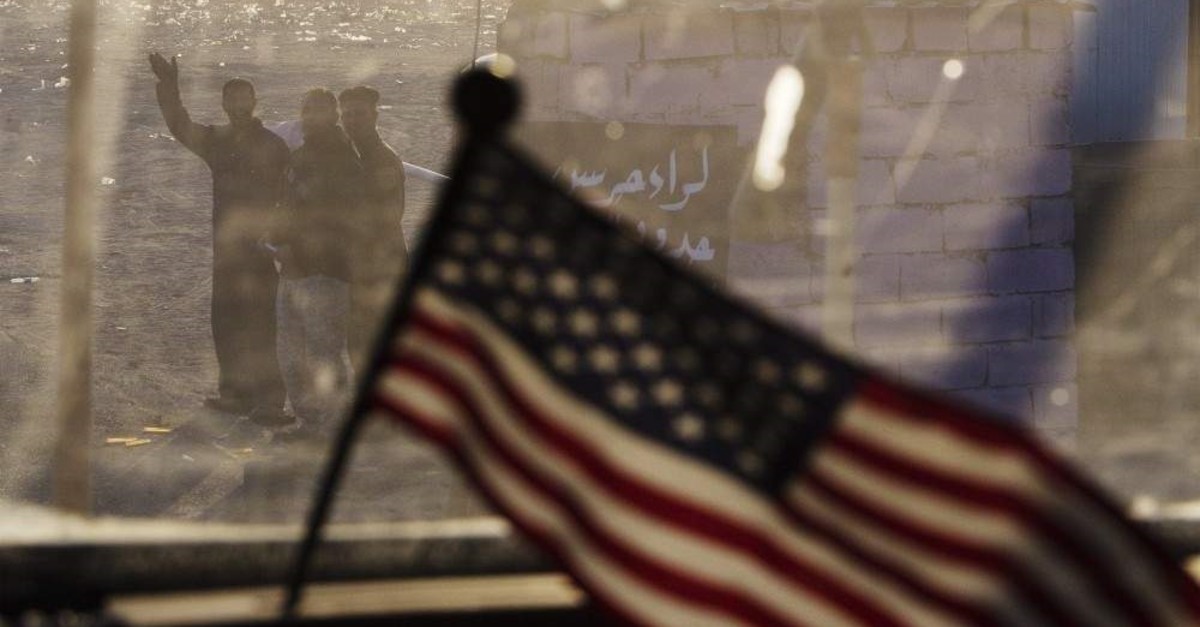 Iraqis wave behind a U.S. flag on the dashboard of a Mine Resistant Ambush Protected (MRAP) vehicle from the 3rd Brigade Combat Team, 1st Cavalry Division as part of the last U.S. military convoy to leave Iraq, Dec. 18, 2011. (EPA Photo)
by Compiled from Wire Services Jan 29, 2020 1:30 pm

Iraq is considering a larger role in NATO at the expense of the U.S.-led coalition, according to Iraqi and Western officials, after an American drone strike on Baghdad sparked outrage.

The Jan. 3 strike which killed Iranian Gen. Qassem Soleimani and a top Iraqi commander was condemned by Baghdad as a breach of its sovereignty and of the coalition's mandate, which focuses on fighting the Daesh terrorist group. Iraq's parliament swiftly voted in favor of ousting all foreign troops, including the 5,200 U.S. soldiers, and indefinitely suspending the coalition's anti-Daesh operations.

Fearing that a swift withdrawal could be destabilizing, Iraqi and Western officials have begun discussing changes to the coalition's role, according to local officials and diplomats, as reported by Agence France-Presse (AFP). "We are talking to the coalition countries, France, the U.K., Canada, about a range of scenarios," said Abdelkarim Khalaf, spokesman for Prime Minister Adel Abdul-Mahdi. "The essential thing is that no combat troops are present and our airspace is no longer used," Khalaf told AFP. Two Western officials said the prime minister had asked them to "draft some options" on a path forward for the coalition. These options had been submitted directly to the prime minister.

The Pentagon said Tuesday that 50 U.S. service members were now diagnosed with a traumatic brain injury after missile strikes by Iran on a base in Iraq earlier this month in retaliation for the U.S. killing of Soleimani. In its previous update Friday, the Pentagon had put the number of those injured at 34, 16 less than the updated figure. Trump last week appeared to play down the injuries, saying he "heard that they had headaches and a couple of other things."