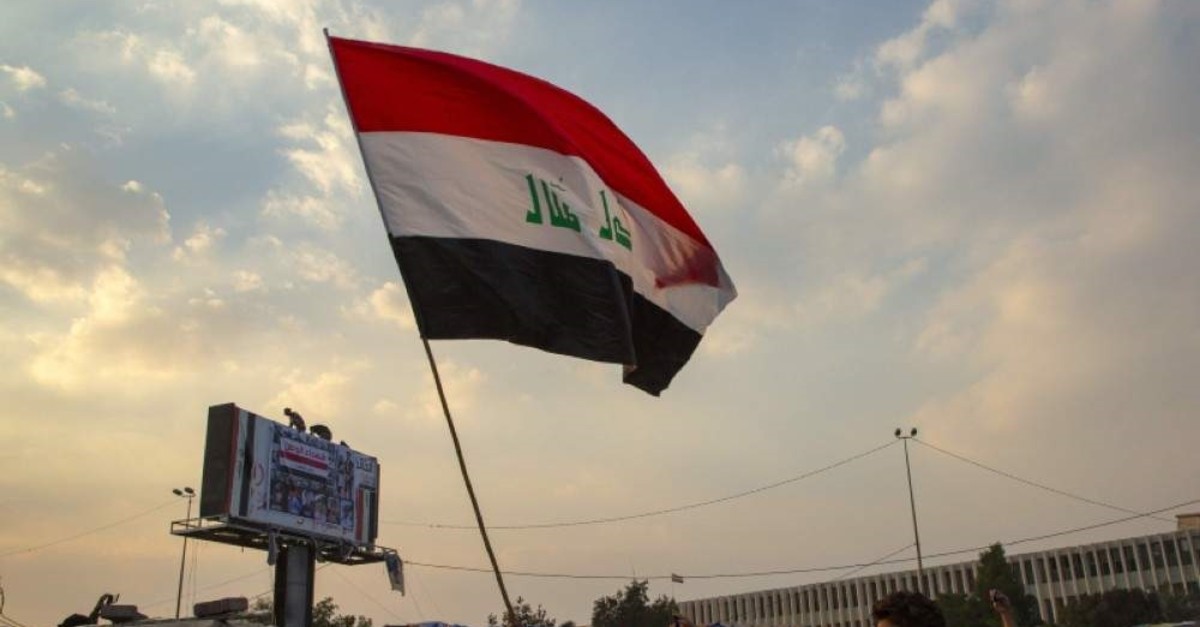 An Iraqi anti-government protester waves a national flag during a demonstration near the Basra governorate headquarters in the eponymous southern city, on Jan. 31, 2020. (AFP Photo)
by Compiled from Wire Services Feb 01, 2020 6:41 pm
Iraqi President Barham Salih on Saturday appointed former Communications Minister Mohammed Tawfiq Allawi as new prime minister, the nominee announced, after squabbling political parties failed to name a candidate in the two months since the former prime minister was ousted by popular protests.
Allawi, 65, in a video he posted to Twitter, said Saleh had named him and that he would form a new government in line with protesters' demands.
Allawi would run the country until early elections can be held. He must form a new government within a month.
Former Prime Minister Adel Abdul-Mahdi resigned in November amid mass anti-government unrest where hundreds of thousands of Iraqis took to the streets demanding the removal of Iraq's political elite. Nearly 500 protesters have been killed in a deadly crackdown by security forces.
Allawi was quoted by State TV as saying he would resign if political blocs sought to impose candidates for different ministries.
He also called on protesters to continue demonstrating until their demands are met.
However, protesters are likely to oppose him as prime minister.
For demonstrators who demand the removal of what they say is a corrupt ruling elite, the former communications minister under ex-premier Nuri al-Maliki – who presided over the fall of multiple Iraqi cities to Daesh terrorist group in 2014 and is accused of pro-Shiite sectarian policies – is part of the system and therefore unacceptable.
Iraq is facing its biggest crisis since the military defeat of Daesh in 2017. A mostly Shiite popular uprising in Baghdad and the south challenges the country's mainly Iran-backed Shiite Muslim ruling elite.
The country has been thrown into further disarray since the killing of Iranian military mastermind Qassem Soleimani in a U.S. drone strike in Baghdad on Jan. 3. Iran responded with missile attacks on bases hosting U.S. forces, pushing the region to the brink of an all-out conflict.
Pro-Iran politicians have tried to use those events to shift the focus away from popular discontent with their grip on power and towards anti-American rallies and demands for the withdrawal of U.S. troops.
RELATED TOPICS