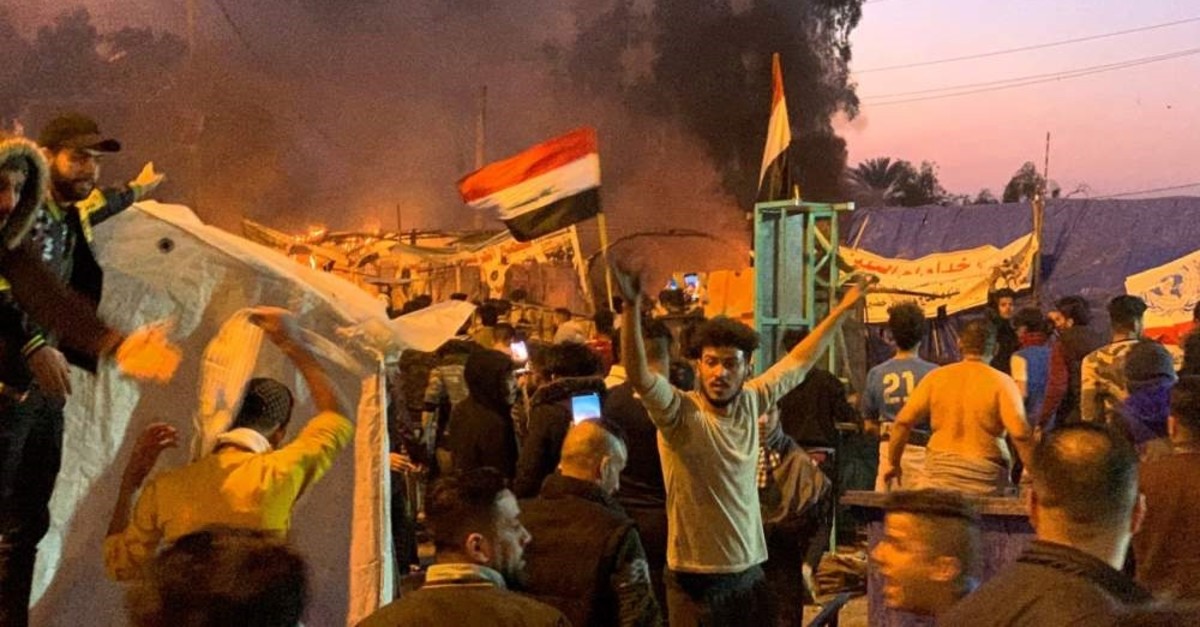 Controversial Iraqi cleric Muqtada al-Sadr announced on Tuesday he was dissolving the "blue caps," an organized unit of his supporters accused of deadly attacks on anti-government protests in recent days.

"I announce the dissolution of the 'blue caps,' and I do not accept the (Sadrist) movement's presence in and of itself at the protests, unless it is absorbed into them," Sadr said in a tweet.

Over the last 10 days, men wearing blue caps have raided protest camps in Baghdad and the Shiite-majority south, with at least eight protesters killed in the ensuing violence.

Al-Sadr initially threw his weight behind the anti-government uprising but recently repositioned himself toward the political establishment after political elites selected Mohammed Allawi as prime minister-designate, a candidate he endorsed. Since then, al-Sadr issued a dizzying array of calls to followers, asking them to return to the streets days after withdrawing support from protests. The often contradictory orders have exacerbated existing tensions between anti-government demonstrators and his followers, with some activists claiming al-Sadr's followers had threatened them to follow the cleric's line or leave protest sites. Since then, clashes have taken place between followers of the cleric and protesters in Baghdad, and in other provinces of southern Iraq.

Anti-government protesters who took to the streets on Oct. 1 in Baghdad and southern Iraq to decry rampant government corruption, poor services and unemployment have rejected Allawi's candidacy. At least 500 have died under fire from security forces in the movement, now in its fifth month.