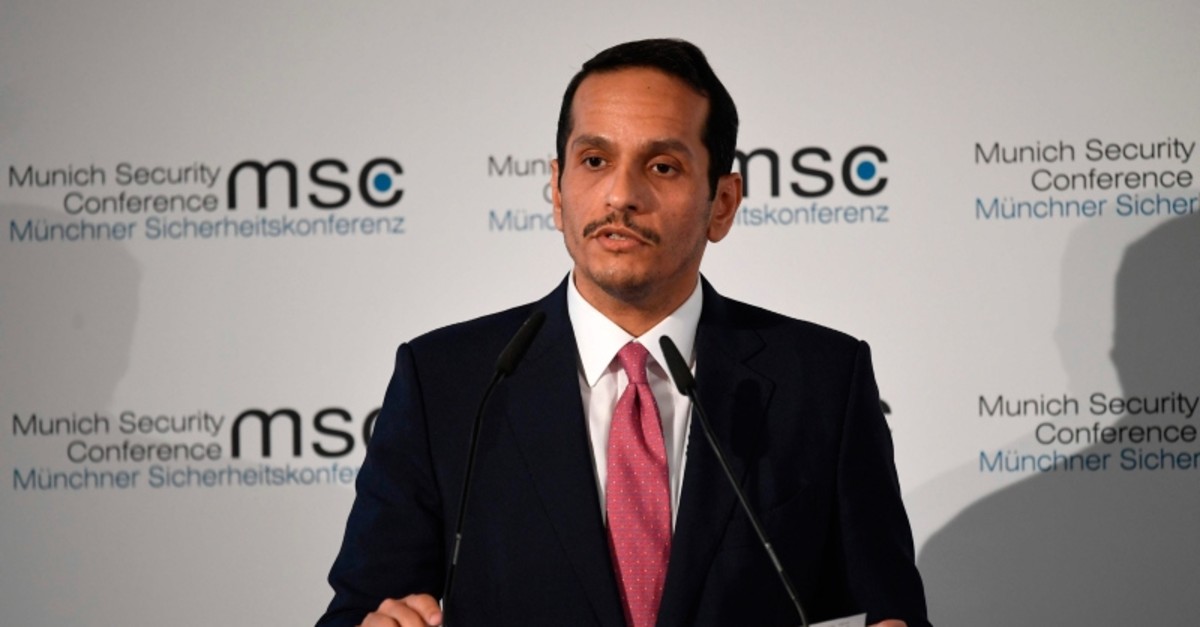 Qatar's foreign minister said Saturday efforts to resolve a bitter Gulf dispute had not succeeded and were suspended at the start of January.

The discussions began in October on a row in which Saudi Arabia, the United Arab Emirates, Bahrain and Egypt severed political, trade and transport ties with Qatar nearly three years ago.

"It's been almost three years," Mohammed bin Abdulrahman Al-Thani said at the Munich Security Conference. "We were not perpetrators and are open to any offer to resolve this problem."

"Unfortunately efforts did not succeed and were suspended at the beginning of January and Qatar is not responsible for this," he said.

In June 2017, Saudi Arabia, Egypt, the UAE and Bahrain collectively severed ties with Doha, accusing it of supporting terrorism and imposed an air, land and sea embargo on Qatar.

Efforts to end the row, including unannounced Qatari-Saudi talks in October, appeared to intensify after attacks in September on Saudi oil plants that initially halved the kingdom's output and pushed the region toward war.

The boycotting nations set 13 demands, including closing Al Jazeera television, the most-watched news channel in the Middle East, shutting down a Turkish military base, downgrading ties with Iran and cutting links to Egypt's Muslim Brotherhood.