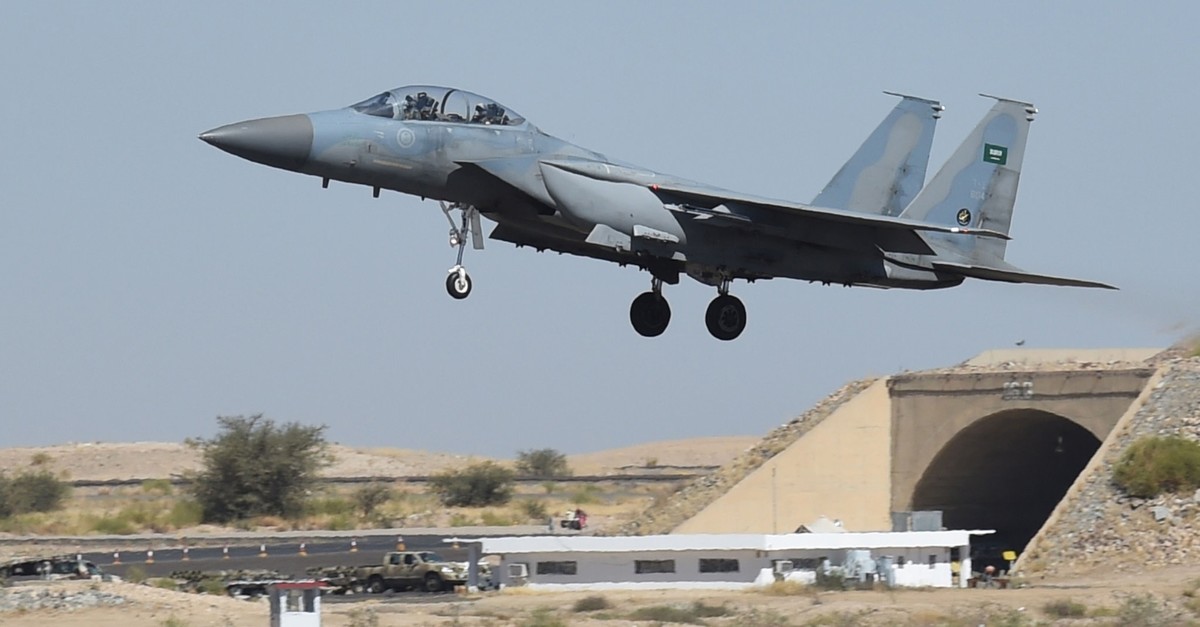 The Tornado aircraft came down Friday in northern Al-Jawf province during an operation to support Yemeni government forces, the coalition said in a statement Saturday carried by the official Saudi Press Agency.

The coalition did not specify the fate of the crew or the cause of the crash.

The Houthi rebels' Al-Masirah television said the jet was downed by the rebels using an "advanced surface-to-air missile".

Earlier Saturday, Iran-aligned Houthis accused the Saudi-led coalition of carrying out retaliatory airstrikes that killed 30 people including civilians in the latest flare-up of a five-year war.

The health ministry in Al-Jawf said women and children were among those killed, Houthi-run Al-Masirah TV said. It followed a Houthi claim to have downed a coalition plane in the area on Friday.

There was no confirmation from the coalition or independent verification of either incident.

Houthi military spokesman Yahya Saria said on Friday that a Tornado jet belonging to "enemy forces" had been brought down in Al-Jawf with an air-to-ground missile, Al-Masirah reported.

The Saudi-led coalition intervened in Yemen in March 2015 after the Houthis ousted the internationally recognized government from power in the capital Sanaa in 2014.

The conflict is widely seen as a proxy war between Saudi Arabia and its regional foe Iran.