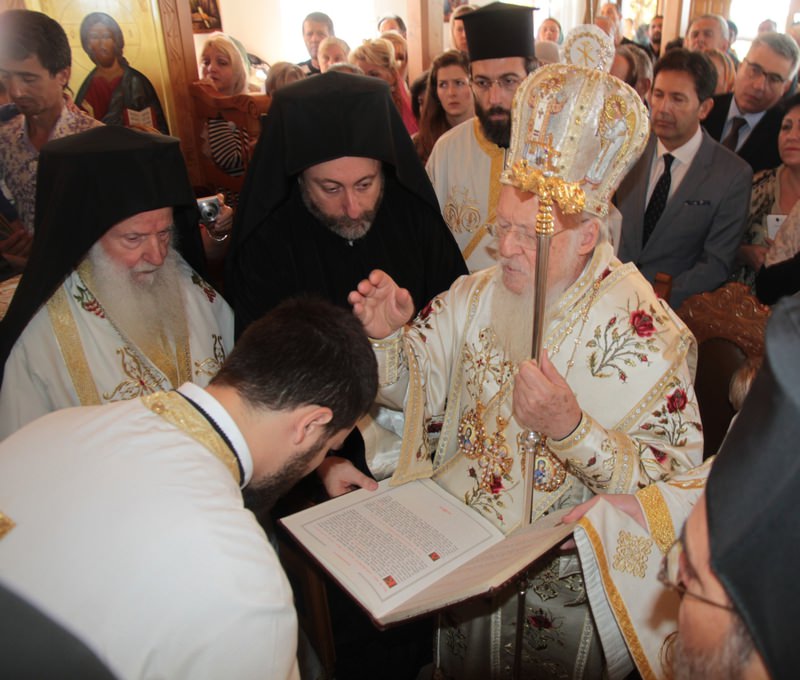 by daily sabah
Nov 16, 2015 12:00 am
Fener Greek Orthodox Patriarch Bartholomew Sunday inaugurated a new church and Orthodox cultural center in Alanya, a district of popular vacation resort Antalya. The church comes at a time as more Russian and Ukrainian tourists flock to the seaside town both as tourists and residents. Bartholomew presided over a mass at the opening of the church.