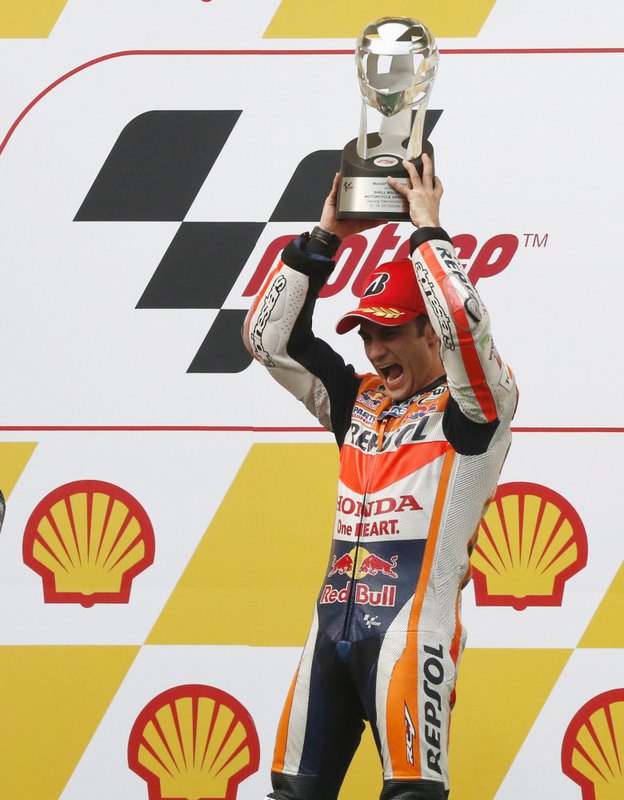 The result at Malaysia's Sepang track sets the stage for a thrilling climax to the season, as Yamaha teammates Lorenzo and Rossi will battle it out in the year's final race next month at Valencia in Spain.

Lorenzo - who started in the second row, and 11 points behind Rossi for the world championship - burst ahead of the other riders on lap two to seize the second position behind his compatriot Pedrosa, and never let go.

That left the Italian legend Rossi and defending champion Marc Marquez in a tense, see-saw fight for third, which ended when Marquez crashed into Rossi on lap seven and had to retire.

The result leaves Lorenzo now just seven points behind Rossi in the two-man contest for the crown.

Lorenzo had earlier gained ground on Rossi in the Australian Grand Prix, where he finished second place, to the Italian's fourth place.

Rossi, 36, is seeking his 10th world championship, and Lorenzo his third.
RELATED TOPICS