Hamilton among the greats after third Formula One title 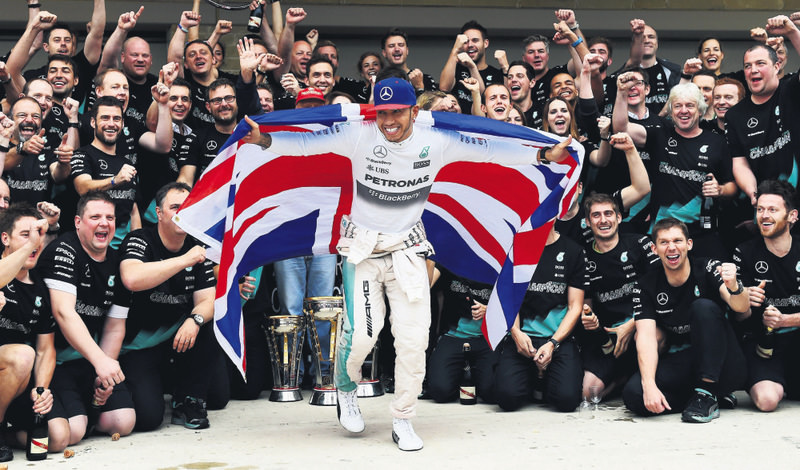 by reuters Oct 27, 2015 12:00 am
An 'overwhelmed' Lewis Hamilton hoped to inspire others with his achievements, just as Ayrton Senna has fired his imagination as a boy, after celebrating the greatest day of his career with a third Formula One world title on Sunday.

"I'm just overwhelmed at the moment," the Briton told reporters after equalling the number of titles won by the late Brazilian.

"It's difficult really to find the words. I remember my first British championship where my dad and I drove home singing 'We are the Champions'... and you know it's just crazy to think that now I'm a three-time Formula One world champion."

On a rollercoaster afternoon, following days of torrential rain, Hamilton finally achieved his lifetime's ambition just when it looked like he would have to wait at least another weekend.

With team mate Nico Rosberg leading, his third U.S. Grand Prix win in four years seemed to be slipping away but then it was the German who slipped up and gifted him the lead in the closing laps.

Suddenly, unexpectedly, he was the first British driver to take back-to-back titles and only the 10th from any nation to win more than two.

"I owe it all to my dad, to my family who supported me all these years and sacrificed so much for me to be here. And then the really positive energy I get from my fans who travel around the world," he said.

"I really do realise that whilst I get to enjoy driving a Formula One car, this is really a platform for me to inspire young people," he continued.

"I hope that if there is any inspiring from today it's just that: never give up on your dreams, on your hopes and on your desires. Just keep working at it."

Hamilton paid tribute also to Rosberg, who was in no mood for niceties, and then addressed the inevitable subject of Senna.

Emulating the great Brazilian, who died in 1994 at the San Marino Grand Prix, has been an ambition ever since he watched him racing on television as a boy.

The young Hamilton would come home from school and put on a tape of Senna's finest moments, dreaming of one day doing something similar.