Revamped F1 returns to Europe with no clear favorite 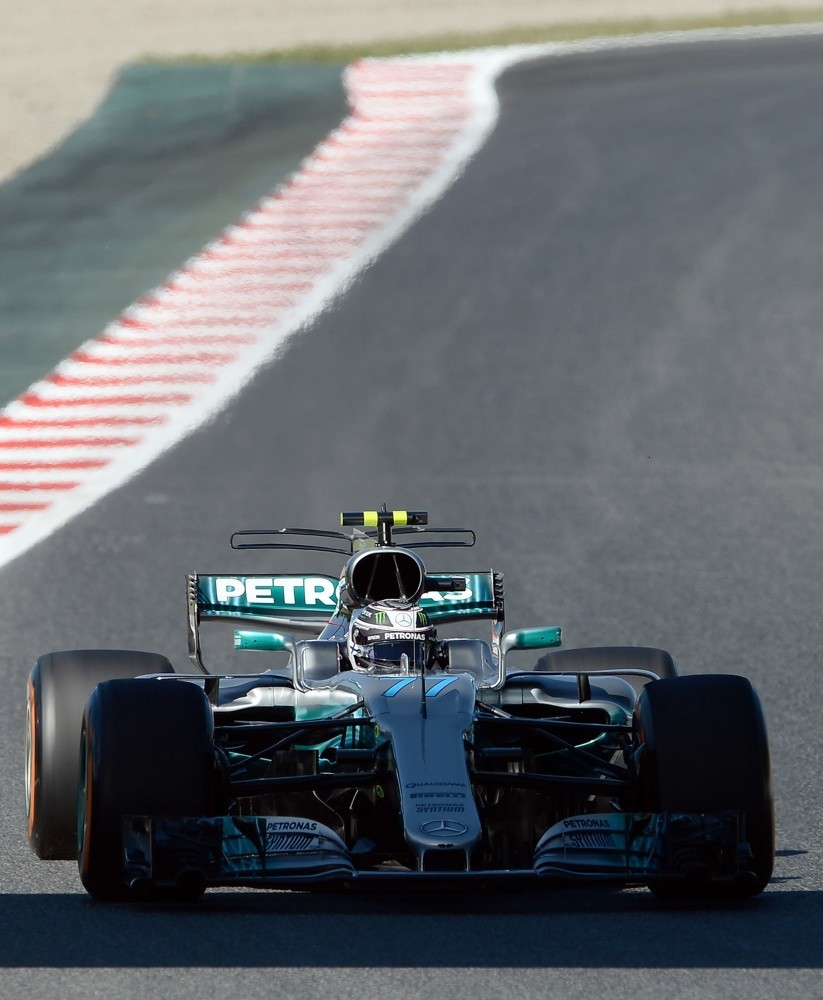 The fight for the championship could get tighter as F1 returns to Europe this weekend for the Spanish Grand Prix in Barcelona, where Red Bull is expected to get a big jump with new upgrades

It's been a while since there's been this kind of excitement early on in a Formula One season. There hadn't been three different winners in the first four races since 2013, the year before the introduction of new engine rules that led to Mercedes' recent dominance.

Mercedes won this year with Lewis Hamilton and Valtteri Bottas, but saw Ferrari join the fight up front with a pair of victories by Sebastian Vettel.

The fight for the championship could get even tighter as F1 returns to Europe this weekend for the Spanish Grand Prix in Barcelona, where Red Bull is expected to get a big jump with new upgrades.

"There are two top teams fighting for both championships and I expect Red Bull will also eventually join the club," Mercedes executive director Toto Wolff said. "The small margins we are seeing this season are demonstrated by the closeness at the top of the drivers' championship and even more so by the one-point advantage we have in the constructors'. This fight will continue on to the end of the season and we will be prepared for that battle."

Vettel has a nine-point lead over Hamilton in the drivers' standings, and he is 23 points in front of Bottas. Ferrari teammate Kimi Raikkonen is fourth, ahead of Red Bull driver Max Verstappen, who last year won in Barcelona to become F1's youngest race winner at age 18.

"We have to wait and see what the updates will bring," Verstappen said. "I hope we can be a bit closer to the top teams or that we can at least follow them. That would already be a good step forward."

Verstappen teammate Daniel Ricciardo said he was looking forward to "a quicker improvement" with the new additions to Red Bull this week.

"I hope the upgrade will give us a chance to really fight with Mercedes and Ferrari or at least get us closer," said Ricciardo, who finished only two races this season. "It's a good feeling for everyone when these upgrades work."

Wolff said Mercedes has to get used to this new scenario after dominating the series for the last three seasons.

"This inter-team battle is a totally different situation that what we have seen over the last three years," Wolff said. "You simply need to adapt to the challenge and that's what we are doing, playing the hunter as well as being the hunted."

Nico Rosberg, the winner of the first four races in 2016, won the title with Mercedes last season, while Hamilton won the previous two championships. Bottas replaced the retiring Rosberg and won his first career race at the Russian GP two weeks ago.

"We expected Valtteri to develop through every single race and step up his performance and he's shown that," Wolff said.

Another driver looking forward to the race in Spain is two-time world champion Fernando Alonso, who has yet to cross the finish line with McLaren this season.

Alonso was one of the three drivers who won races early in 2013 while driving for Ferrari. Raikkonen won the season-opener with Renault and Vettel won twice with Red Bull. Vettel went on to dominate, winning the last nine races to easily clinch the world title for the fourth time. He hadn't contended since then, but has a chance this season in this new and unpredictable F1.
RELATED TOPICS