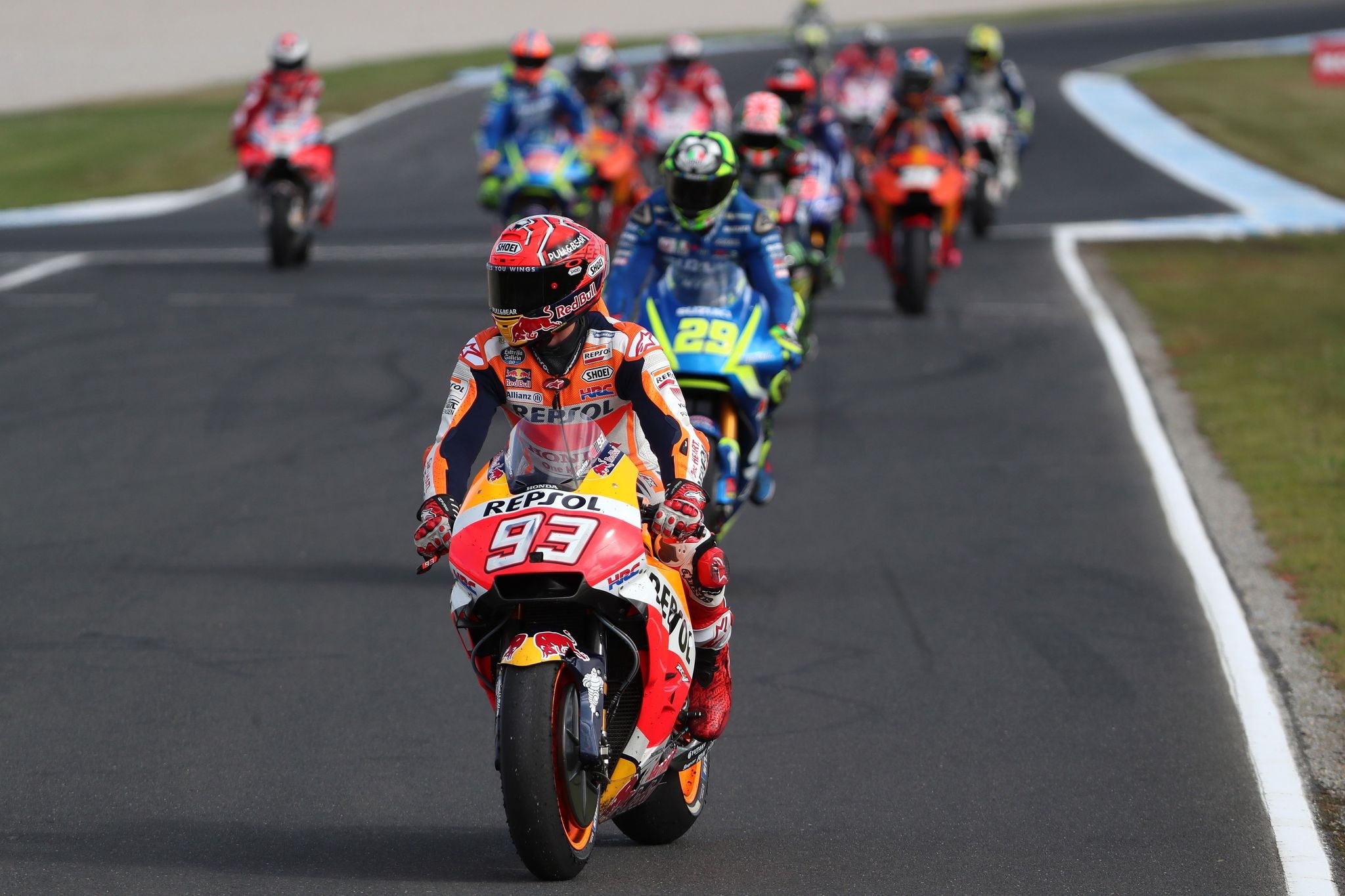 Marc Marquez moved to within touching distance of a fourth MotoGP world title with victory at the Australian Grand Prix Sunday, his sixth win of the season giving him a 33-point lead over nearest rival Andrea Dovizioso with two races remaining. The 24-year-old Honda rider prevailed after another Phillip Island thriller with the top eight riders duking it out over 27 laps and the lead changing hands on almost every corner at some stages.

Marquez, clipped by French rookie Johann Zarco early in the race, bided his time and hit the front six laps from the end before racing away to take the chequered flag and moving to 269 points in the championship. Ducati's Dovizioso, meanwhile, had started from 11th on the grid after a disappointing qualifying and his misery was complete when he was passed by Marquez's team mate Dani Pedrosa and Scott Redding on the final lap to finish 13th. That left the Italian on 236 points with only 50 up for grabs in the final two rounds of the championship in Malaysia and Valencia.

"Amazing, amazing, I knew before the race that today was an important day," said Marquez.

"The fight was amazing."

MotoGP great Valentino Rossi emerged from the ding-dong battle in second place with his Yamaha team mate Maverick Vinales pipping Zarco on the line to round out the podium in third.

"I enjoy very much, this track is unbelievable and it was a great, great race," said Rossi.

"All the riders at the front are very aggressive so you need to be more stupid than them. It was a great battle. I wanted a podium and in the end I'm very happy with second place."

Vinales saw his extremely slim hopes of a maiden MotoGP world title end as he slipped 50 points behind reigning champion Marquez with only three race wins to the Spaniard's six this year. Australian Jack Miller, returning to race action only three weeks after breaking his leg, led for the first three laps of the race but was unable to get on the podium and finished seventh.

The rain stayed away for the MotoGP showpiece but an earlier violent storm forced a premature end to the Moto3 race. Joan Mir was leading when the red flags came out after 15 laps, a ninth win in 16 outings this season enough to secure a maiden world title for the 20-year-old Spaniard. Miguel Oliveira won the Moto2 race - the first Portuguese to win in the intermediate class of grand prix motorcycling - with Italian Franco Morbidelli finishing third to increase his lead in the title race.